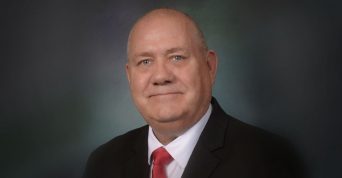 The Shreveport City Council will meet tomorrow and Tuesday to approve, or not, sending Mayor Adrian Perkins’ stupefying $220,000,000 bond issue to a November election ballot.

Aside from the fact that Perkins (and staff) are unprepared to responsibly design any such bond issue, the mayor is using the calendar to pull it off … before facts catch up with him.

Perkins’ only plan beyond spending each and every one of the city’s available pennies has been to rush this with record speed. Recent city history proves that fact, which I will detail here.

First, a look at where this howler stands.

Caught in the whipsaw of Perkins’ gross irresponsibility are City Council members John Nickelson, LeVette Fuller, and Grayson Boucher, ready and willing to do the logical and sensible and best-for-Shreveport thing: postpone this fiscal time-bomb until next spring.

By then, a responsible City Council can well design a responsible bond issue more or less in spite of Perkins, honoring tax PAYERS rather than spenders.

But, current betting among honest City Hall players says the effort to postpone will fall one vote short of the necessary four: the vote of Republican Councilman James Flurry.

As solid-as-they-get sources say Flurry believes this debt beast should be cut “some,” with more spending on street and drainage projects and less on construction of new facilities. Flurry prefers that empty buildings throughout the city be repurposed instead, like the long-empty Dillards in the long-gone South Park Mall now owned by Summer Grove Baptist Church.

Good intentions or not, Flurry’s hold-out would kill postponement and serve Perkins.

Headlining the evidence that this thing should be stopped here and now is Perkins’ abuse of power in wildly rushing this through, hiding no telling what in the process.

Even ex-Mayor Cedric Glover – no lover of transparency or law – found it necessary with his $175,000,000 bond issue in 2011 to spend more than a year putting it together … in public view. He announced his citizen bond issue study committee in early 2010, with the public vote on April 2, 2011.

Perkins, as we know, kept the work of his supposed bond issue “study committee” quiet, with few of us aware it existed until shortly before its product surfaced six weeks ago.

Too, Glover’s public build-up specifically included five town hall meetings for citizen questions, spread around the city in the two weeks leading up to the vote.

In place of that, here is how Perkins ratted himself out in The Times three weeks ago …

… “On July 23 and August 13, citizens can come to City Council to voice their concerns and share their priorities. On August 13, the City Council will take legislative action to approve the bond application … and formally call for an election.”

Yep, two visits to a Council meeting to ask questions about the largest debt issue in city history, with questioners given three-minutes to speak.

In fact, in what is certainly a new low for Shreveport, Perkins stooped to sneaking this bond issue onto the City Council agenda over the July 4th weekend (SEE my article link below).

No one should be at all surprised that Perkins is doing this … not anymore, or ever again. Neither should we be surprised at the core group of Council members who do the mayor’s bidding, no matter what … in return for who knows what.

Regardless those Council members, Councilman Flurry is now key. People who care even the tiniest bit about Shreveport must hope his better angels show up at these Council meetings. 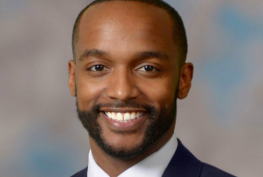