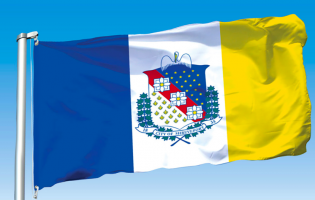 WHAT THE DEFEAT OF THE SHREVEPORT BOND ISSUE MEANS TO ME

In my forty years of post-election musing, I have experienced nothing like today. This deserves special reflection.

I have learned in recent years that there is a group of us here who well remember a much better Shreveport than this one. Trying to restore even a semblance of that is completely foreign to the many who are perfectly fine with today’s fractured and endangered version.

I write this piece for we who have thus far refused to submit to that fate. Our “win” yesterday is remarkable, no matter anything else, and when I judge what we apparently want, I am left with these conclusions.

… Defeating this bond issue was more than merely unlikely. How this happened could be endlessly debated, but it won’t be because our opponents are already working on their next attempt.

… The Shreveport that rigged this bond issue and its process does not deserve our support and should never have it.

… This bond issue would never – ever – have seen the light of day were Shreveport not in such desperate financial trouble. Only a City Hall such as today’s would dare bring it.

… To this moment, we do not know who ordered this thing up for / to City Hall. That matters more than I am able to explain. The fact of it screams the brokenness of today’s Shreveport. How, after all, can that possibly be?

… These propositions failed because we who pay the bills can’t afford any more taxes or other costs of government. Many of us believe this bond issue was at best half-scam … likely to in some dishonest way raise our already highest-anywhere-around property taxes.

… No self-respecting place would seek to jump-start its failing economy with even more borrowed money. Cleaning up the corruption necessarily comes before.

… Inexplicably, our mayor serves as a mix of a severe headmaster, a hater of an assortment of groups and a bitter loser in some unknown competition elsewhere.

… This bond issue felt rigged from the jump, and sure enough, as soon as it was too late, we learned “why the rush?” Both the Louisiana Legislative Auditor and the city’s external auditor went public with just how disastrous our financial condition is.

… It is beyond ridiculous for City Hall and “leaders” to push a bond proposal which, had it succeeded, would have ended with Shreveport $1.2 BILLION in debt! Such an op is unthinkable to many of us.

… Lined-up to immediately follow this supposed bond issue victory is a scam-of-scams from our history, “Cross Bayou.” Any city involvement in any version of it dashes all hope.

… A four-vote majority of the City Council must take control of City Hall, as loyal opposition to this mayor’s administration if nothing else. We who care know he does not. He seems to have drawn some short straw that landed him here, but we are not responsible for that.

A memory of “our” Shreveport does not mean we must live here and financially support this one. It matters that no “leaders” seem to understand why thousands have recently left.