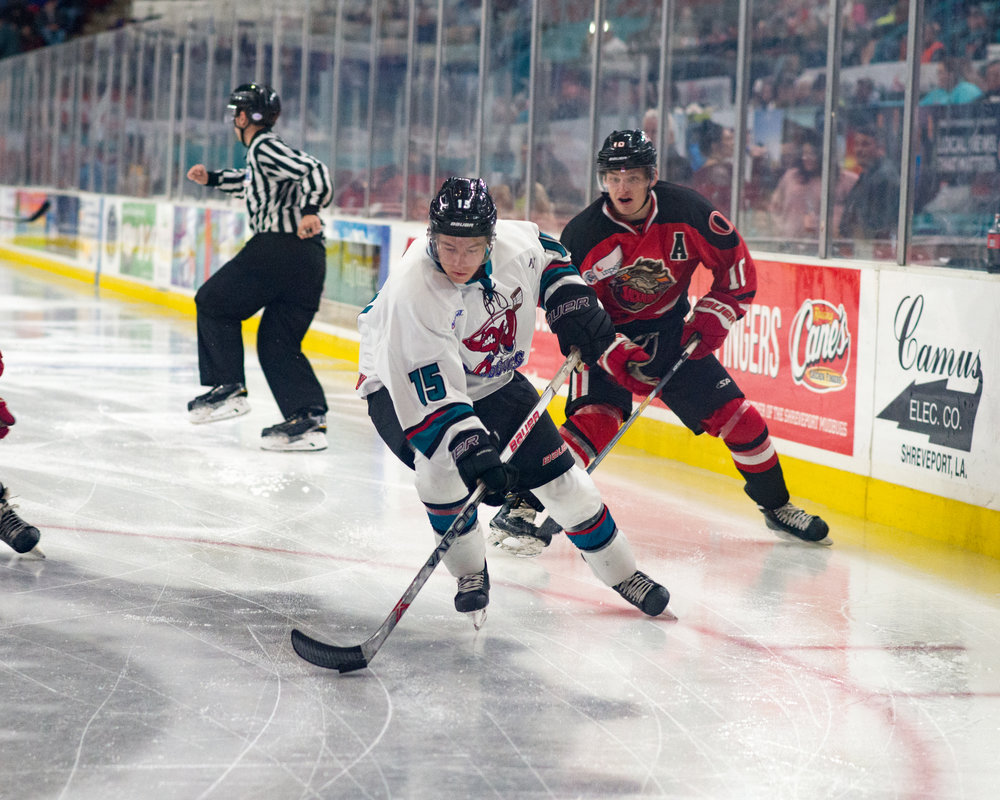 Tommy Scott invests in Shreveport quality of life through hockey

SHREVEPORT, La. – Mudbugs hockey is back in action in Shreveport, mostly thanks to Encompass Sports Management owner and former Mudbugs owner Tommy Scott.

When asked what drove him to undertake such a monumental project to give back to the community, Scott made it clear his love of hockey and his love for Shreveport were his motivation.

“Well, as a life-long resident and citizen, I believe you have to invest in your community,” Scott said. “Where you go is where you are, so somebody has to do it. I’m fortunate enough where I can do things like this, so the Mudbugs are a great way to do that. The joy we bring to the community is great and I’m glad to do it.”

Scott said the project has been ongoing for years, beginning in 2011 when the team left the Central Hockey League. He said they first considered the coliseum as a home for the Mudbugs when Mayor Glover suggested it years ago.

Finding a venue conducive for hockey play was one of the most important items on the list. Scott said as nice as the Century Link Center is, they needed something that worked for their business model with the Mudbugs. He called the team’s use of the Hirsch Coliseum a Godsend and a blessing.

Scott and other investors from Encompass Sports Management used their own money to fund a pricey renovation to the Hirsch Coliseum to create George’s Pond hockey rink. Although the Louisiana State Fair owns the coliseum, Scott and his partners saw potential in the building to reach out to the community through hockey.

There was plenty of work to be done to make the coliseum game-ready. Prior to the renovations, the Hirsch Coliseum was dilapidated and in need of updates. Many said both Tommy Scott and General Manager and Director of Operations Scott Muscutt actually did plenty of the physical labor themselves.

“We put a lot of, not just our money, but our blood, sweat and tears into it,” Scott said of the Hirsch Coliseum. “I’m very proud of it, but we still have a lot of work ahead of us.”

Becoming part of the NAHL was another good thing, Scott said.

And of course, no team franchise is complete without its fan support. Shreveport has welcomed the Mudbugs back with open arms as this season unfolds.

“It’s already started and a lot of people are thrilled to death to have it back,” Scott said. “I think there’s a greater appreciation for it now than there was before.”

Scott said he is excited about the future of the Hirsch Coliseum and what it can provide as a venue, and not just for Mudbugs hockey games. He thinks Shreveport is going to see many good things that make the community even better.

“I think it’s the start of something really special, and it will be a long-term success,” Scott said. “You look at the Rafters soccer club and other programs like it…we’re starting something that really works in Shreveport and can really grow and become a fixture here for years to come.”

Mudbugs tickets are now available. For more information and game schedules, visit their website.  Photos of Mudbugs hockey action can be found at Hype Photography.