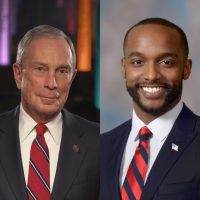 As I worked in recent days to corral solid information about possible raises for Shreveport public safety front-liners, the never-good news collided with a Shreveport City Hall rumor too positive to ignore.

The buzz from the rumor – that Mayor Adrian Perkins will step-down before year-end – has already created a growing list of possible replacements.

To me, such suggests a Shreveport befitting the opening of Charles Dickens’ A Tale of Two Cities: “It was the best of times it was the worst of times.”

Our city’s accelerating decline might at least be openly and honestly battled. After living through Perkins’ two years of ripping over, under and through the city’s very foundation, Shreveporters might actually wake-up … and engage.

‘Merely a last, feeble gasp, you say? Perhaps … but better than the current gasoline on the fire.

Yes, the City Council has developed an outline for 4% pay raises for police, fire, and deputy City Marshall personnel in “lower” ranks. Although no tax increase would be necessary, a good chunk of the money must come from SPD giving up 31 vacant positions.

Yesterday, Chief Administrative Officer Henry Whitehorn, speaking for Perkins, pooh-poohed that solution. ‘Seems those positions are “too necessary” to give up.

What? Really?! How else does a hamstrung Shreveport at least boost morale among public safety employees, perhaps most notably (right now) police, without further raising its already fiscally obscene taxes?

But then, it certainly seems, Perkins would veto it.

So, a City Council override vote of 5-2 would need one of the three initial “No” votes – Councilwoman Tabatha Taylor and Councilmen James Green and Jerry Bowman … to join the original four in favor.
In fact, however, only Jerry Bowman is not on the record in opposition to the plan, and he never votes against Perkins. (I have previously written about the $24,000 Bowman’s spouse was paid by the Perkins election campaign.)

So, with this good, typical example in mind: how would it feel if you knew Perkins would soon resign?

No, I do not believe he can win a U. S. Senate seat, but with such new-found “friends” as Barack Obama, Michael Bloomberg, and Governor Edwards, a paid political gig away from here seems more than just possible.

To me, Perkins’ exit is a Shreveport lifeline. Just imagine a new mayor with deep local roots and a provable anti-corruption commitment, if not record.