I have been plying my anti-corruption trade on social media since 2009, just as I had done so for years before, rarely with the same success.

Over the decades of my career, I learned more than I ever wanted to know about corrupt officials influencing, if not controlling, local news content.

One notable example was a local political boss ordered one of our news organizations to keep me and my election analysis off its air. Otherwise, the news org would lose the advertising mega-dollars the official commanded (even after his election).

His threat worked. That a local elected official had such power over a major local news media outlet sickened me.

(The official was after me because I passed a file to our U. S. Attorney – from a third party – which detailed corruption in a local industry … to no avail.)

It is a fact that some notables in our news media have a reputation for looking the other way on public corruption. Such has dramatically worsened since the 1990s.

Social media has irrevocably changed that.

Now, when traditional news media ignores public corruption, it hits itself with a spotlight over which it has no control.

So far in 2017, I have researched, written and posted 75 of these articles, and responded to public comments and questions (not to mention hateful messages) about each.

A key to the power of this work is that no one pays me in any way, shape, form or fashion for any of this. The same goes for Will Broyles, the sponsor of the Real Shreveport Facebook page and the RealShreveport.com website.

No public official with a bagful of money, regardless its source, is going to cause, prevent or otherwise influence anything being written / posted here.

In the past few years, this work has anchored many successes, including exposing local corruption, preventing tax increases, and communicating facts about public officials which would never have otherwise seen the light of day.

A boost to the credibility of this work is how reviled it is by (corrupt) public officials, especially those who were used to spending taxpayer money to buy either favorable “news” coverage, or the death of news reports they do not like.

In that context, I continue to learn from social media sources.

For example, I just learned that one Caddo Commissioner who took taxpayer money for his “CPERS” retirement says it was Caddo Administrator Woody Wilson who was responsible for Commissioners partaking of that unconstitutional and illegal retirement plan.

That would mean, too, that Wilson was likely responsible for seeing to it that legal discovery in my lawsuit to recover our CPERS taxpayer money was never permitted: not one page of public documents, answers to a single interrogatory, or deposition of any responsible official.

It is that kind of corrupt, wink-and-nod rigging of the basic American protections against tyranny which now stain Shreveport and Caddo Parish.

What must stomp-out such corruption is a free, responsible and incorruptible news media … of every type.

Most recently, some or our traditional media sources have aggressively reported on local corruption (with my loud and frequent praise). Amid this newfound hope our real test approaches: next year’s election of a Shreveport mayor and city council.

Already, some infamously corrupt candidates are lining up. Our traditional media well know their records … 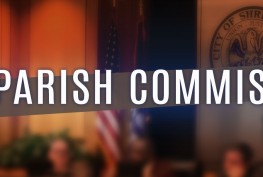