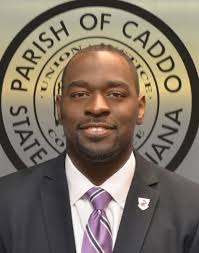 In a recent article, I explained that the Shreveport mayoral contest did not yet include a presumed representative from one side of the political street in the city’s black community, either ex-mayor Cedric Glover or his political extension, Caddo Parish Commissioner Steven Jackson. (SEE article link below.)

Sure enough, Jackson announced on Thursday that he is in.

Thus, Shreveport’s decades-old split in the politics of its black majority holds: one mayoral candidate, Adrian Perkins, the political creation of State Senator Greg Tarver, and Steven Jackson representing the other side.

(Jackson / Glover, as I explained in my article, trace politically to late civil rights activist and State Representative, Alphonse Jackson.)

Be all that as it may, Mayor Ollie Tyler, having already and officially announced, is the wild card. Her earlier ties to Glover (and Jackson) have been cut.

Official qualifying for mayor will be July 18, 19 and 20, the test of who is actually going to be on the November 6th ballot.

Legal challenges to the qualifications of any candidate will follow.

If all the now-presumed eight (or more) qualify, no one should be surprised if the result is a run-off between two of the three black / Democrat candidates.

That aside, the Republican / Independent candidates certainly do not suffer the very high political negatives of the others.

Even little-known Adrian Perkins begins the race with his very strong attachment to Tarver. Political veterans know just how likely it is that the state senator will run the show if his political disciple is elected.

Regardless, many believe Perkins is far too young at 32 to lead such a deeply afflicted city, especially since he has not lived here for the past fifteen years.

Perhaps the young man’s lack of preparation explains recently identifying himself in an article as the “Strategic Technology Adviser” of the City of Shreveport when no such position exists.

Steven Jackson – also 32, but certainly not without some real experience – is not only an elected member of our corruption-plagued Caddo Parish Commission, but carries with him the like taint of ex-mayor Glover.

Though Jackson is confused about the legal requirements of owning a car (SEE KTBS article link below), he took point in the Caddo Commission’s federal court action to force removal of the Confederate monument from the Caddo Parish Courthouse grounds.

Along with our mayor’s demonstrated disgust with official transparency, her dogged resistance to a committed, frontal attack on Shreveport crime are two regrettable hallmarks of her term.

I, as have many others, appeal to the Republican Party to serve Shreveport and itself by convincing one or more of its mayoral candidates to withdraw and coalesce around a single, proudly anti-corruption, choice.