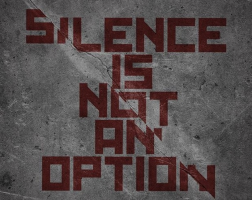 As campaigns for Shreveport mayor and city council begin to take shape, let’s drill down and into why these articles are more and more strongly opposed.

In fact, in Shreveport and Caddo Parish, social media is of outsized importance … this platform, Facebook, in particular.

Some basic numbers – provided solely by Facebook – cut to the chase.

My articles, as most readers know, are posted almost simultaneously on …

A key Facebook statistic is “reach,” which it defines as, “… the number of unique people who saw your content.”

Typically, I research / write / publish articles each week, so weekly reach is the best fit.

Earlier this month, for example, I wrote and posted an article about Shreveport City Hall’s Architect & Engineering Committee.

A second example shows what multiple articles in a few days can do.

During the last state legislative session, a group of like-minded, reform citizens and groups in Shreveport discovered that State Representative Cedric Glover was, from hiding, about to succeed in passing House Bill 667.

The bill was an abomination – the only word which fits what Glover cooked up to harm us.

A tiny group of people picked by our mayors – Ollie Tyler was for the mess, too, of course – could thereby tax Shreveporters … without our voting on it.

Between May 27th and June 2nd (last year), I researched / wrote / posted three articles. The weekly reach was just over 86,000 … on the Real Shreveport Facebook page alone.

Totally mute was Shreveport’s hidden “leadership,” along with most of our traditional news media.

In their silence, the media took a powder on reporting one of the hottest local news stories in recent memory … a story which proves that many here are NOT in on the corruption.

Yes, it is old news: those in Shreveport who foundationally control local government also control – silence – most of what we the people might learn about corrupt and otherwise broken and awful local governance.

Now, however, the degree to which our traditional media and our bad governance are joined at the hip is showing cracks.

For example, regardless that the marriage between Shreveport City Hall and our local daily newspaper has been unassailable for much of our history, The Times two weeks ago published its own revelations about the earlier-mentioned A & E Committee.

For months, The Times ignored the story as other traditional media joined us, Real Shreveport, in detailing it.

(Here is the article I wrote to ballyhoo The Times work by Lex Talamo:
http://realshreveport.com/shreveport-times-city-hall-corru…/)

We will never know what is really happening at The Times – including its circulation numbers – of course, but we do know that its reporters now regularly post on Facebook the same articles it publishes in print and online.

Notwithstanding any of this, local “leaders” have more than enough money to dominate every aspect of the upcoming race for mayor.

Be that as it may, they don’t always succeed.