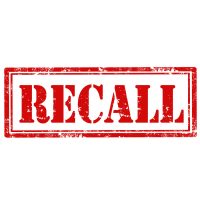 SINCE 1966, NO LOUISIANA TESTS OF LARGE CITY MAYORAL RECALL

Putting it politely, Shreveport Mayor Adrian Perkins routinely ignores laws which govern what any mayor can and cannot legally do.

As I write, the latest such example is his hiring of a new Chief Administrative Officer, “CAO,” at a $160,000 annual salary no less, without City Council confirmation.

That Shreveport law dictates City Council confirmation before that hire is of no matter to him.

Since his election just over a year ago, the list of such actions by Perkins has grown longer and longer … and the community buzz about recalling him has grown louder and louder.

Here as everywhere else in America, recall is the only legal way for citizens to force a direct vote on an elected official’s removal before their term has expired.

Having now completed my research into that possibility, there can be only one logical, albeit maddening, conclusion …

The fact is this: over the past 54 years, no mayoral recall has been attempted in a large Louisiana city.

From election results compiled by our Secretary of State, we know this: the “largest” city, based on population, to recall its mayor is Minden, in 1989.

The Census Bureau data show only eight Louisiana cities with more than 50,000 residents. From the smallest to largest, these are …

Most directly put, it is decidedly smaller, by population, towns which attempt mayoral recalls.

The first town during these years to do so was Jennings, in 1970. In total, 19 such attempts have been made since … 12 succeeded and 7 failed.

(Yes, residents of Richwood failed to remove their mayor in 1977 but succeeded in 2009.)

Another fact is that no mayoral recalls have failed in the past 20 years.

Based on years of direct election campaign experience, I believe that in small towns, mayoral “sins” are very well known by most of the population. In large cities, such is not true. Those attempting a recall must educate, THEN persuade, large numbers of “qualified electors” / registered voters to sign a petition for removal / recall.

As to recall rules, they are outrageously complex. Broadly put, the removal of a public official requires a campaign – limited to no more than 6 months – to gather enough legally qualifying signatures on a petition to force a call for a special election by the governor.

If that special election succeeds in defeating the official, he / she is recalled and the office vacated.

The recalled official cannot be appointed to fill the resulting vacancy, nor be a candidate in the replacement election.

In larger cities with populations 100,000 or more, at least 20% of registered voters must (provably) sign the recall petition.

So, of the 122,419 Shreveport residents currently registered to vote, 24,484 qualifying signatures are required.

As recall is considered, it is notable that when Mayor Perkins was elected just over a year ago, he received 25,052 votes and ex-Mayor Tyler 13,864 votes. Those Tyler votes likely remain at the very core of Perkins’ disapproval.

The key recall questions are these: how many more (than 13,864) anti-Perkins voters are there now who will sign a recall petition, and is opposition to his mayoralty bi-racial?
____________

Here is what is considered a “summary” of the recall process from the Secretary of State, including links to various portions of the underlying Louisiana statute: