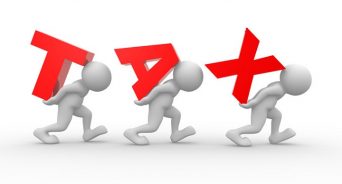 It was, after all, unthinkable for any city in Shreveport’s on-the-ropes condition.

As we know, Shreveporters have suffered mightily since then, as have all others, worldwide: Covid-19 began its killing spree only two months after Perkins & Friends tried and failed to soak us with that bond issue.

Our city was fortunate not to have borrowed $188,000,000 those two months before the China Virus hit, but our good luck only maddened Perkins, it now seems.

Before we even know if the Virus vaccinations work, the mayor is back. And, as if to punish us for telling him “no” the first time, he proposes a do-over with $19,000,000 more debt than the package voters defeated.

In my long career in and around politics and politicians, I have never seen such treatment of those who pay a city’s bills. Next week’s City Council action will tell us how many City Council members join Perkins in this mess.

… As a top city official remarked to me a few days ago, this fiscal dread is REALLY about certain “friends” of Perkins who stand to be hugely enriched if this windfall succeeds. Here is a link to an earlier five-part series specifically detailing some of these sickening facts:
https://realshreveport.com/tag/alex-washington/

… UNKNOWN is how much Shreveport will get of the $1.9 TRILLION in new Covid borrowing from the incoming president and Congress. Perkins, of course, wants to rush ahead with his plan to borrow $207,000,000 before any such development can nix his plan to enrich certain players.

As lame as it sounds, please call and ask your City Council member to stop this. Please likewise call leaders of your political party.

Such an increase in property taxes in Shreveport at this point is reprehensible. To me, this is the bond issue from hell.