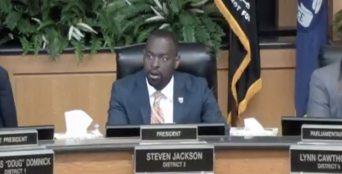 My most particular wish for a first-rate New Year 2018 goes to my hometown. As some of us well understand, Shreveport is long overdue a good one.

My wish, however, is tempered by decades of experience in and with the real Shreveport.

No place – not one single one – run by “leaders” unknown to 95% or more of its people should ever logically expect a “good year.” The interests of such deliberately unaccountable “leaders” are very different than ours.

So, will 2018 be determinative? Yes, I believe, because the stage is set for that.

It is set because Shreveporters who care have in recent years come to know and understand that the very viability of the city is at issue.

Social media is mainly responsible for that education. Even Shreveport’s hidden “leaders” have seen what it accomplishes as no other media ever has.

This fall, some of us will vote for Shreveport mayor and City Council members.

In context, a recent, lengthy report from KSLA-TV News sounds an alarm. (SEE link below.)

The report details how a local elected official is demanding satellite (GPS) data from Shreveport police vehicles as necessary to locate each and every vehicle at any and all times.

It is the sincere belief of this official – Steven Jackson, a Shreveport resident, former city official and now Caddo Parish Commissioner – that such is necessary and appropriate.

Jackson is an expected candidate for Shreveport mayor, and notably close friend of ex-mayor Cedric Glover. He was a top official in Glover’s frightening City Hall reign which a federal corruption investigation should and might have ended … but did not.

Jackson is recognizable, too, for recently dropping an “f-bomb” live, on broadcast air, immediately after which he wondered aloud IF he was permitted to do so.

KTBS Television News recently noted that Jackson had been caught – twice in one year – illegally switching license plates on his car, plus other violations. As KTBS explained …

… Caddo Parish Commission President Steven Jackson has been ticketed for driving a vehicle with a switched license plate, no proof of insurance and failure to register the vehicle — the second time this year he was cited for the same violations.” (SEE link below.)

Jackson’s proposal to track SPD patrol cars is most important, of course.

Such is typical of some mayors and mayoral candidates in a few very other American cities where broadly deriding and attacking police officers is deemed politically wise.

Shreveport has not been one of those cities … until now, at least.

Too, Jackson has favored status among hidden “leaders,” key ones of whom spearheaded and financed his 2015 Caddo Commission campaign. There is no evidence of which I am aware that he is not their choice for mayor.

Directly put, Shreveport must this year, and demonstrably, end the near-twelve-year brokenness of corrupt city (and parish) government.

In major part, that brokenness traces to we the people. When governmental transparency and accountability are myth, as is the case here, disinterest among honest voters is a true plague.

For now, a good and happy year for Shreveport is but a wish and hope and prayer … unless an engaged electorate acts, and ultimately votes, to stop our city’s decline.