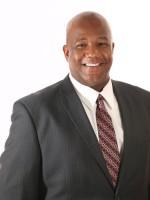 Documents now seeping into the public record clearly detail how Mayor Ollie Tyler – and more and more attorneys funded by taxpayers – are working to kill legal discovery at the heart of the City Hall water and sewer billing scandal.

In both her fear of that discovery process and protection of certain suspects, Tyler directs an effort which is much more an official cover-up than a search for facts and truth.

“Federal authorities are asking questions about whether companies seeking lucrative contracts with the city of Shreveport were subjected to outside influence peddlers promising access at city hall, KTBS News has learned.” (SEE related article link, below.)

For years, reports of contractor shakedowns and kickbacks have swirled around our mayors.

My sources long ago identified three men tied to ex-Mayor Cedric Glover as recent doers, with the Architect & Engineering Selection Committee their playground.

Having devolved over time from its 1988 good-government roots, the “A & E Committee” includes only two members – the City Council chairperson and Council Clerk – who are not mayoral picks.

Aubrey’s powerful seat in Shreveport city government notwithstanding, he works and lives in Baton Rouge.

Thus the screaming question: why does Mayor Tyler prefer to keep Glover’s two “citizen” appointees on the Committee?

Given such facts, recent related developments are more than merely worrisome.

That did not matter. On September 29th, Byrd filed a “Motion for Protective Order” to quash the Aubrey deposition, along with production of related documents.

Foolishly, Aubrey reported his cell phone stolen just after his subpoena was served.

While protecting Aubrey, Tyler has also – twice – refused to answer Harper’s questions about the subject federal probe by claiming the FBI ordered her not to talk about it.

Days ago, yet another attorney issued a statement by Tyler avowing “there is no federal investigation of the city.”

Up jumps the devil …

Such is no surprise since her deposition will be under oath.

One thing is certain: Mayor Tyler’s actions are not those of an innocent public official.