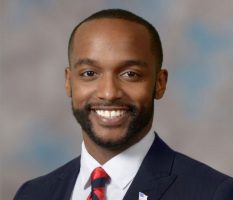 As if COVID-19 and cleaning-up after a tornado outbreak are not enough, the Shreveport City Council gathered late today for a “virtual reality” meeting.

City Hall had missed one regularly scheduled meeting due to the coronavirus shut-down and decided it could not skip another.

Politely put, watching that meeting was difficult owing to many failings in City Hall’s “virtual reality,” not to mention the ill-timed would-be comedy thrown into the mix by a few of the councilmen toward the meeting’s end.

That comedy is all the more ironic given Mayor Adrian Perkins’ every-chance-he-gets warning that the City will be $25,000,000 in its spending hole by the end of the month.

To add context, I believe today’s City Hall governance is shakier than at any time since it blew apart in 1976 when the man who veritably owned it, Public Safety Commissioner George D’Artois, was arrested for the murder of advertising executive Jim Leslie.

I believe that is true because our very young and inexperienced mayor has yet to show, after a near year-and-a-half in the job, that he has any interest in either the city or how he succeeds or fails in leading it.

Thus, Shreveport is in very deep trouble … far deeper than all but a relative few of us know. We have an inexperienced and apparently disinterested mayor when our condition demands precisely the opposite … a respected and hardened leader.

Thus, the mention of a “$25 million shortfall” to run the city is Perkins’ way of telling we who pay the bills that we’re about to get it … big time … in no telling how many ways … ‘devil take the hindmost.

Enter, then, our city’s new Chief Administrative Officer, or “CAO,” Shreveport’s version of who runs things while notorious mayors fail to do so.

Here and now, some people say, that man is Henry Whitehorn.

Mr. Whitehorn was approved today for the #2 spot in city government in a 4-3 vote along racial lines. Councilman James Green, who had skipped out weeks ago on the first vote which thereby ended in a tie, was firmly aboard this time.

Their relationship is of little concern to most. We will see if they are correct.

In the meantime, our city’s already scary decline is accelerating.

It is up to our City Council and new C.A.O. to act … with our support when it is due.

Being right about this mayor from the jump matters less and less all the time. 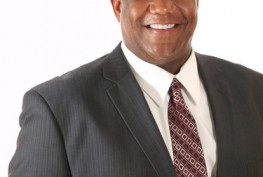