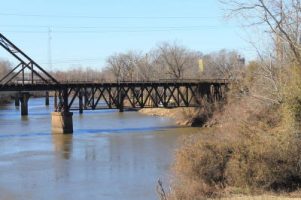 Two days ago, before most Shreveporters had a chance to digest the City Council’s 4-3 decision to reject the Cross Bayou Point project, a spokesperson for that group publicly swore the City Council would reverse its decision in its next meeting, two-weeks from then.

As of a screaming Shreveport Times story which broke at more or less the same time, the rest of us learned what the paper apparently already knew: the Cross Bayou Point losers were organizing an effort to recall Councilwoman LeVette Fuller, the member who cast the deciding vote.

(Full disclosure: Upon learning of the threat to Ms. Fuller, I contacted her to express my support and offer my help should it prove necessary. As I shared with her, the Louisiana Legislature has seen to it that their law on the recall of elected officials more or less prevents any recalls.)

Rearing its ugly head in the threat made to the Councilwoman and her seat is – no drum roll necessary – race. Those doing the threatening are African-American, as are those pushing for Shreveport to invest in one of the dumbest things in our history: Cross Bayou Point.

Also in the wake of the City Council decision on Wednesday, Councilman Grayson Boucher, in a post on his Facebook page, noted how the “… one time impossible thought of forming the town of Forbing or Ellerbe Park is gaining traction fast.”

In context, here is that key portion of Councilman Boucher’s post:

“Many people have approached me in recent months about the possibility of a new township encompassing most of my District, including my neighborhood. From my prospective this idea is not too far fetched. I was elected to represent the citizens of District D, I want what’s best for our area. The one time impossible thought of forming the town of Forbing or Ellerbe Park is gaining traction fast. The idea of a new town is not impossible and there are numerous residents moving this narrative forward. This will be in the people’s hands. The next few years will be interesting to say the least.

My commitment is to serve and protect my community to the best of my ability! I will continue to work hard to represent the area I love and have lived in for over 30 years. This is our community and I’m proud to be a resident and honored to be your representative!”

As I recently wrote, such might well be the result of this serious battle based in race. (SEE link below.) The like and recent secession of a good piece of Baton Rouge – a de-annexation now tied up in court – proves how such may happen in Shreveport.

As if all of this stir is not enough for our City, we learned in a report late yesterday from KTBS Television news that Shreveport Mayor Adrian Perkins had, four months ago, used $466,000 of taxpayers’ money to buy a piece of land situated “along” Cross Bayou. (SEE link below.)

At the heart of the Cross Bayou Point “proposed” project was / is the so-called “assembling” – which is buying to you and me – of 88-acres of city-owned land as a gift to the project’s pushers.

One would be forgiven for assuming that this new revelation is evidence that Mayor Perkins was already working for the project months before the Council voted on it this week.

That seeming likelihood is all the more interesting because Perkins and his team in City Hall have been loudly protesting any claim that the Mayor was working against Shreveporters who so strongly and loudly opposed to the project.

Again I say: Shreveport has NO money for the subject project. THAT is what this was about. Included among those who clearly understood that are many of us … black and white.

THAT racists now push to overturn our democratic process and “claim the day” is as heart-breaking as it is sickening.

Clearly, there will be much more news to come. Already, however, we know that the greatest danger to Shreveport is the absence of a leader – a mayor – representing ALL the city’s people.