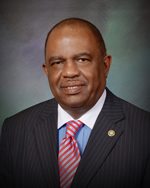 April 2, 2016
Fair warning:  the significance of this subject is beyond my ability to adequately express.  As good, decent and honest people here hope and pray for restoration of good and honest government, the subject events scream a declaration of just how far our community has fallen.

Two days ago, I wrote and published an online article about our Louisiana Public Records Law.  Everywhere, open meetings and public records laws are the foundation of good government.  The willful ignorance of these laws is a basic definition of official malfeasance.

Thus, when a city marshal in Lafayette, Louisiana, told a newspaper there to take a hike rather than produce the public records the journalists lawfully requested, state district court Judge Jules Edwards lowered the boom on him.  The judge even went so far as to rule that the subject lawbreaking was grounds for an investigation of perjury and malfeasance in office.  (My article, including a link to the related editorial by The Advocate is here.)

With that clarion call to honest government ringing in our ears, let’s head 200-ish miles north, to Caddo Parish.  In the context of official respect for we the people, that trip is a moral and ethical journey around the globe.  Official abuse of the Public Records Law is rampant here, particularly of and by Caddo Parish school system officials and their sponsors in hiding.

As I noted in my cited article, our school system bosses intend to hammer their awful government point home.  As I have experienced, they now officially break the Louisiana Public Records Law, trying to force citizens into court battles for admitted public records.  “Going to court” here against official malfeasance of any kind is legal, financial and moral quicksand.  Our self-anointed “leaders” here know, treasure, nurture and rely on that … and retain select lawyers for the purpose.

Right on cue, this damnable CPSB plan was parroted on social media last night by one of its mouthpieces.  Bizarrely, first-term Shreveport City Councilman Willie Bradford has taken point in both selling our school board’s tax package set for a vote next Saturday, and defending everything else CPSB royalty declares.  That city government has not one single thing to do with our public schools is lost on him and them.

What this elected official in our city of almost 200,000 said in print and on the record was both a slap of candor and a very real warning to those of us who live, work and pay a hugely wrong load of taxes here.  The man’s remarks stunned even me, one who researches and tries to document how deep into the hole of public corruption our place has fallen … and now comfortably resides.

A social media questioner I do not know asked Bradford about a Public Records Request a local man made of the CPSB:

“Willie, then why hasn’t the school board been more transparent? If there’s nothing to hide, why hasn’t CPSB fully responded to record requests?“

“I totally agree with you.  I also believe in transparency.  Please know that not all politicians are crooks & liars.  And please understand that some people that make public records request (sic) could also be crooks & liars.  In this case, I can sympathize with the actions of the CPSB.  As I see it, the record request is nothing more than a witch-hunt.  Additionally, in a climate like this, I would not response (sic) to their public request as well.  I’ll let them sue me.”

…  says he believes in transparency, except when lowly citizens lawfully request public documents they have paid for,

…  reminds us that neither he nor the subject CPSB royalty are necessarily “crooks & liars,” a subject he tellingly raised,

…  notes that even if some of them are, in fact, “crooks & liars,” some peasants requesting public records may be, too,

…  explains that he would ignore the public records law if he decides a records request comes from a “witch hunter,” and


I would like to laugh at this point.  Crying, though, is far more appropriate.  How sad is it, after all, that this is what has become of our officials and their handlers?

Soon, we will learn if Caddo Parish is yet another Detroit or Chicago … another mockery of law and right.

Louisiana State Police to give body cameras to 700 troopers