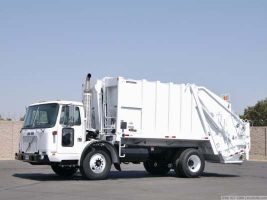 Without doubt, the greatest public interest in today’s Shreveport City Council meeting was whether or not taxpayers would have (yet another) local tax burden to bear. Specifically, a $7.00 monthly charge for garbage collection.

Three-and-a-half hours (minus six minutes, to be exact) into the meeting, the Council voted 4-3 to again postpone a decision … until the next meeting two weeks from now.

Nickelson, a Republican, earlier worked for a $13.00-a-month version of the tax after Mayor Adrian Perkins’ original $18.00 monthly hammering succumbed from its own political weight.

In the meeting, with Mayor Perkins mere feet away, Fuller and Boucher expressed strong frustration with yet another postponement, blaming Perkins for consistently failing to offer the Council a list of spending cuts before any such taxation of Shreveporters is considered.

Perkins took particular exception to Boucher’s mild assertion that the mayor was not being “transparent” in any work toward spending cuts. Boucher is 100% right, of course.

Put another way, if Perkins really waged a significant campaign against the city’s waste and mismanagement, such a tax / fee would likely pass.

Our hope now is that Perkins’ / Nickelson do not recruit (or otherwise “convince”) another tax-and-spender or two in the next two weeks.

A SURPRISE TO MANY

Also on the agenda for today’s meeting was a presentation by City Engineer Patrick Furlong and Director of Water & Sewerage Barbara Featherston.

Some pols and media pals have been loudly warning that the city’s years of work on rebuilding (for all practical purposes) the city’s sewerage system – with costs originally put at $350 million – was actually going to cost $1.1 billion.

The city’s agreement in the federal Environmental Protection Agency (EPA) Consent Decree during the administration of ex-mayor Cedric Glover triggered a near decade-long series of hikes in city water and sewer services, now underway.

Featherston surprised many when she concluded her comments by explaining how her department’s management of the original $350 million in revenue bond proceeds has been so well done that even a final $1.1 billion tab is doable WITHOUT another wave of rate hikes beginning after the current increases end in 2022.

We will likely soon find out if Ms. Featherston’s assurance can survive the political heat and pressure of a government well-known for using any supposed crisis to raise our taxes.