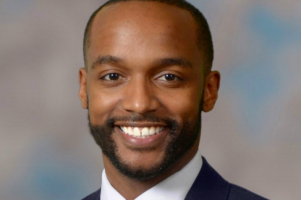 In only two weeks, Shreveport City Council members must vote to approve, or not, Mayor Adrian Perkins’ mind-blowing $220,000,000 bond issue. Doing so is, of course, the political equivalent of walking the plank for our stunningly ill-prepared chief executive.

The very, very short timeline for approval is wholly Perkins’. Regardless that he has no political or personal skin in the game which is Shreveport’s future, he now subjects the Council and the rest of us to this bond issue whim.

As we have learned to expect with the Mayor, there will be no public hearings, even on this by far largest such bond issue in our history …

… Believe it or not. Take it or leave it. Trick or treat … emphasis on trick.

This would-be money grab is ill-conceived, ill-timed, and grossly unfair to the few of us who pay property taxes … still the highest city / parish property taxes in Louisiana and a broader region.

As I write, we still do not know if a property tax hike will result if this bad government behemoth is approved.

What we certainly DO know is that the subject property taxes expire at the end of this year – all 15-mills – if the bond issue is rejected.

The Perkins administration is far, far too inexperienced for this task, and there is no discernible public confidence that passage will not cause worse damage to the City’s financial condition.

After all, this mayor, a mere seven months ago, savaged the City’s casualty insurance coverage before he was even sworn in, with direct financial benefit to his campaign manager.

Honest and decent residents simply cannot ignore such a screaming corruption alert, and since then, the news from City Hall has done anything but improve.

We have learned our finance department cannot pay City Hall payroll taxes on time, racking up six-figure fines for its failure, and that the Louisiana Legislative Auditor has not received data necessary for last year’s Comprehensive Annual Financial Report.

For those of us who have long been here to experience many, many such bond issue offerings, this thing is downright unthinkable.

Here is the list of bond issue projects from Perkins’ staff. In sharing this list (with sincere thanks to its City Hall source), I have not corrected typos or rearranged / renamed anything.