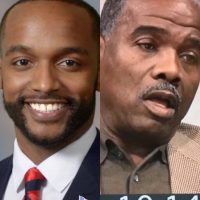 Perkins filed his report late, one week following the January 17th submission deadline. In response to my related questions, an Ethics Administration official confirmed that candidates are routinely notified that they are late four days after a report is due.

This is the final such report for 2018 Louisiana campaigns. (SEE link below.) Depending on other variables, some elected officials must file annual reports.

As explained here, payments which particularly stand out are those to spouses of District “G” City Councilman Jerry Bowman, Jr. and City Hall heavy Lynn Braggs, as well as Perkins confidante Josh Williams.

This report covers campaign contributions and payments for the period November 19, 2018 through January 7, 2019. Perkins reports that he …

… received $27,620 in additional contributions, and

With $810 remaining in his campaign account, Perkins has now disclosed a campaign total of $462,314 in contributions from identified donors.

These are notable disclosures …

Payments of $14,000 to Councilman Bowman’s wife – not including payments for related expenses – are reported as “GOTV (get out the vote) Campaign Canvassing” and “Election Day Activity.” I have written about these “activities” in previous articles. I know of no law which prohibits payments to such spouses, but the Councilman should not expect Shreveporters to believe his City Council vote does not now belong to Perkins.

Ms. Braggs was paid $4,000 for “speech-writing.” In local social news, her husband is identified as Lynn Braggs, the seeming target in the federal investigation of water / sewer department services under ex-Mayors Glover and Tyler. He is likewise recognized for his use of City Hall’s Architect & Engineering Selection Committee as a conduit for personal income. (SEE link below for related October 2017 report by KTBS-TV News.)

… Perkins paid $5,200 during this reporting period to Caddo Parish Commissioner Stormy Gage-Watts, and has previously reported other such payments to her.

… Perkins paid Chaunta Mero $5,100 during the reporting period for get-out-the-vote activities, and she has since been hired as his “Confidential Secretary.”

… One political action committee (“PAC”) contribution to Perkins was disclosed, $2,500 from the Louisiana Realtors PAC.

… One reported contribution – $4,500 from Kyle Bass of Texarkana, AR – was above the $2,500 contribution limit for a “district office” in any single reporting period. According to its website, Belt Construction, Inc., is a municipal utility contractor, and Bass is its President. 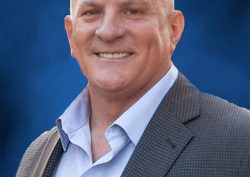