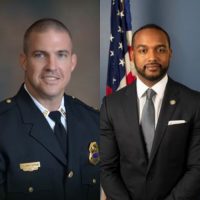 If current police department acting boss Ben Raymond is not confirmed by the City Council in this afternoon’s meeting, it will be a lightning strike blow-up.

If that lightning strikes, the new chief must be confirmed within five days, or its back to the drawing board for a police chief.

Be that as it may, no City Hall or other city-parish government officials are now saying that lightning will hit us (except Councilman Willie Bradford, which doesn’t count). Both friends and foes of Mayor Adrian Perkins agree on that.

As for Councilman Bradford (a.k.a. “Bradford” and many less favorable aliases), my sources agree that there is something he wants that Perkins has yet to give him … likely having nothing to do with who is named Police Chief.

That intervention quickly followed the revelation that Perkins’ Advisory Committee for this sole purpose imploded by not including Raymond among its final three recommendations.

Should the City Council’s confirmation of Raymond go as expected this afternoon, attention will quickly turn to the matter of Perkins’ nutty $186,000,000 bond issue set for a November 16th vote.

As I have previously written, the possible election of Governor J. B. Edwards in the primary vote on October 12th looms equally large in that context.

Raymond has been one of the strongest voices in favor of that bond issue’s passage … no surprise since it includes a $20,000,000 police headquarters.

When the smoke clears on this latest Adrian Perkins misfire, Chief Raymond will be targeted by a huge number of opponents scattered throughout Shreveport and elsewhere, regardless that they do not know him, or where Shreveport is.

Shreveport cannot afford that, but those now powerfully opposed to Raymond don’t give a hoot in hell about that.