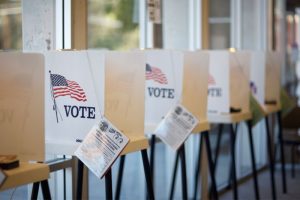 In Shreveport’s not-too-distant past, a notably high voting frequency was all but required of any who sought top public offices … like mayor.

These days, as this series of articles highlights, all such bars are set embarrassingly low.

Local news media used to report how frequently – or not – candidates, elected officials, and some others – political analysts, yours truly included, for example – actually voted.

Necessary records for such research are maintained by the Louisiana Secretary of State and parish Registrars of Voters.

Our Caddo Registrar’s voting data goes back to 1991. Since then, 81 elections have been held in which Shreveporters could vote.

Here are such voting records among various Shreveport mayoral candidates:

A polling commissioner for many years, Mr. Krefft registered to vote here on August 26, 1989, and has voted in 80 of 81 elections since 1991. His lone miss was a make-up election held in the wake of Hurricane Katrina.

The Caddo Parish Commissioner registered to vote here on July 16, 2010, and has voted in 24 of 27 elections since.

As Part 2 of this series detailed day before yesterday, Mr. Jackson knowingly used a false “domicile” / residence address on his Notice of Candidacy. Still, he swore with his signature that all included statements were “true and correct.”

Surprisingly, while mayor, two of the elections Tyler missed were tax elections for the Caddo Parish School Board on May 2, 2015, and Caddo Parish Commission on April 29, 2017. Another miss – for State Treasurer and constitutional amendments – was on October 24, 2017.

Although previously registered in Shreveport / Caddo, Mr. Taliaferro moved to Webster Parish and voted there for twelve years. Since re-registering for Shreveport elections on April 25, 2013, he has voted in 9 of 17 elections … 52.9%.

As I detailed in the first article in this series, last Saturday, Perkins registered to vote here on April 18, 2007, but has never voted in a Shreveport / Caddo election. I have received no information of any kind from him (or others) showing he ever voted elsewhere, either.

This research was done before qualifying, and candidates Anna Marie Arpino, Jeron Rogers and Tremicius Dixon are not included.