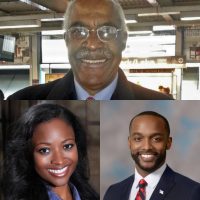 Multiple sources, including national publication The Bond Buyer, are reporting what may well prove to be malfeasance in the settlement of a 2014 lawsuit by the City of Shreveport against Calvin Grigsby, once a “financial advisor” to ex-Mayor Cedric Glover.

Top staff of Mayor Adrian Perkins, including the City Attorney, have refused to comment on – much less publicly explain – the facts of this bizarre, highly questionable settlement of a suit the City may well have already won.

In the absence of an immediate about-face by City Hall – full public disclosure of all pertinent facts – only an investigation by federal authorities will serve public interests.

In spite of the secrecy slapped on this matter by the Perkins administration, I have confirmed these facts with primary City Hall and other sources.

Calvin Grigsby, a/k/a Grigsby & Associates, was the city’s “financial advisor” for the 2011 sale of $81.5 million of City of Shreveport general obligation bonds.

Grigsby, veritably attached to Glover, was paid $166,887 for his role.

The City Council’s reaction was strongly negative, and aided by a City Hall internal audit, decided to independently investigate.

The Council contracted with firms Laborde & Neuner (Lafayette) and Postlethwaite & Netterville (Baton Rouge) for that work. This is the closing paragraph of their report:

Though acquitted of criminal charges and properly accredited after numerous instances of subsequent compliance and payment of fines, the (Grigsby) Firm’s pattern of tardy compliance and questionable management practices casts serious doubts on the propriety of continuing to engage Grigsby & Associates as the City’s financial advisor.”

Additionally, KTBS News reported in February 2013 that the “… report also indicated nearly $700,000 in questionable charges to the city” by Grigsby.

By years-end, the Council voted 6-1 to cease using Grigsby, and in February 2014 filed a lawsuit against him in our First Judicial District Court to “claw back” $53,450 of his take.

Then, last year, our U. S. District Court Chief Judge Maurice “Maury” Hicks, Jr., granted a motion by attorneys for the City to dismiss the Grigsby suit, agreeing that Shreveport officials had absolute immunity from lawsuits.

Judge Hicks likewise dismissed other charges, including Grigsby’s request that the Judge block the City’s lawsuit against him in state district court.

Then, six weeks ago on February 15th, The Bond Buyer reported …

… “Grigsby and the city agreed to settle all litigation just days before the U. S. Court of Appeals for the Fifth Circuit was set to hear oral arguments February 8 …

… Calvin Grigsby and the city of Shreveport did not disclose terms of their settlement.

… The settlements end Grigsby’s federal case, as well as a suit Shreveport filed in the First Judicial District Court in Caddo Parish in February 2014 …

Shocked by the City’s act, another source responded, “State officials and market participants are bewildered (about the settlement) since the City had the stronger case.”

I sincerely thank Shelly Sigo of The Bond Buyer, KTBS News and The (Shreveport) Times for their past, related work, as well as others who have assisted me in this work as long ago as 2012.