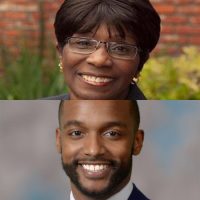 As I have recently detailed, candidates for election to local and state offices must file a series of campaign finance reports, including those on “Election Day Expenditures.”

For decades, Louisiana “election day” practices and costs were infamous… and unlawful. Until subject laws were on the books, these “expenses” were known as “street money,” related exclusively to election campaigning in then-minority communities.

Involved candidates paid a sum of money – often cash, and often in huge amounts – said to be for votes from black residents. Those “charging” for these votes were elected officials, ministers and other “community leaders.”

These political players and organizations put out sample ballots for voters, and candidates supposedly favored paid their supposed share of costs for ballot distribution, transportation to polls, radio ads, and the like.

In reality, ballot sponsors might very well take so much of the money for themselves that those who paid received few of the targeted votes.

With no transparency, much less accountability, candidates literally paid their money and took their chances. Many were burned.

While it is certainly true that laws now on the books whittled away some of the worst illegalities, it is also true that those laws, much like Louisiana “ethics” laws, are rarely enforced.

Now, at least, candidates who fork over these payments must report them to the Louisiana Ethics Administration – more than a week after election-day – with all media costs included.

Owing to his lower name recognition, Perkins spent $10,412 on television and radio ads compared to $3,386 by Tyler.

A politically weakened Mayor Tyler found it necessary earlier this week to explain on radio air her misfire in picking Alan Crump to be Chief of Police.

Crump is a notably unpopular Chief, seen by many as not up to the job.

Crump was certainly a surprise choice two years ago, even in his own opinion. In an interview with The Times in March 2017 he noted being “really dumbfounded” that Tyler picked him.

Now, Tyler publicly acknowledges that she “stood behind Crump too long,” and that “the man did not tell me the truth” about retiring versus taking extended medical leave.

Crump had been a high school Resource Officer for years before Tyler, with City Council approval, made him Chief.

Tyler has now named Raymond the department’s Substitute Chief. Few will be surprised that his shot at being Chief may be hurt by his race … white.

Department sources are already hearing that Adrian Perkins is (already) committed to appointing a black Chief of Police.