A fellow recently contacted me to be sure I knew how high property taxes were in Baton Rouge, where he lives. Although such was not my intention, my response made his day.

He knew how strongly anti-tax I am, and felt I should know that pols down there had managed to raise their property tax to a whopping and awful 106-mills.

When I told him that my property tax in Shreveport was 170.00-mills, he was stunned into silence. Literally, he thought I must be wrong. When he realized I was not, he was much more thankful to be taxed in Baton Rouge

The truth hurts … a lot: Shreveport homeowners pay a cumulative property tax which is highest in Louisiana, and higher than in many other places within a 200-mile radius.

(There is currently a rumor that New Orleans has snatched this awful #1 ranking from us, but I yet find no confirmation.)

Here, I have been researching, documenting and discussing our stunningly high property taxes since 2010, usually in response to some “leader” saying I am wrong.

According to our Caddo Tax Assessor, Shreveport homeowners pay 73.30-mills for Caddo public schools, another 54.64-mills to all other Caddo Parish taxers, and another 36.29-mills to City of Shreveport taxers.

Then, on top of those, Shreveport property owners pay other millages which their specific location allows some other taxer to hit them with.

For example, where I live we pay for legacy bond debt of the Fire District which served our area before it was annexed into the city. That runs my property tax up to 170.00-mills …

… until Mayor Tyler and the City Council raise them even higher at their Tuesday meeting.

The increase they intend, according to KTBS-TV, is 2%. It is a “roll-forward” which does not require a vote of the people because it is not higher than voters years ago approved.

Worse yet, our mayor waited until late Friday to tell anyone, except one or two media sources. (My thanks to KTBS.)

Tyler has never forgiven us anti-tax types for opposing her garbage collection tax last year. Having spent many years administering our Caddo Parish public schools, to her taxing is a default position … habit.

Four-of-seven City Council members must vote for the tax hike by our city’s Taxer in Chief, and I am told she likely has five, right now.

That loss of 2,107 Shreveporters in only six years is no small thing, especially since such leavers virtually always include a disproportionate number of property and other tax payers.

Here and now, however, such warnings mean nothing. Others leave and stayers get hit for more.

Cutting government spending as our population shrinks is, to our “leaders,” a crime against government.

Even worse, in a way, there is yet no mention of any reason or purpose for this tax hike. These dollars certainly came from the labor of taxpayers, but spending them will be, as I call it …

Oh, I should note, our mayor is also busy figuring out how to float bonds to finance a new arena for a minor-minor-minor league basketball team.

May the taxation gods at least protect us from this money being thrown down that bottomless hole. 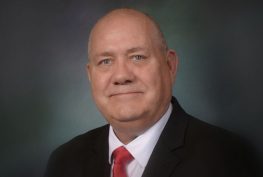 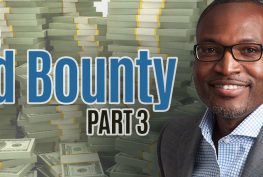 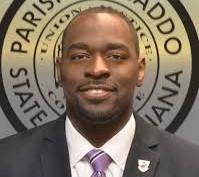