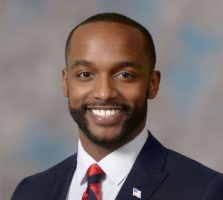 I learned decades ago to keep up with national polling on the level of public trust in our government. I have long appreciated how Pew Research has tracked and compiled this measure over a six-decade period.

The 1964 peak occurred while passage of the Civil Rights Act held America’s attention, and the 2011 low came as fall-out from the 2008 economic collapse bottomed.

Public trust is so real as to seem tangible, and any notion of its collapse is more than merely frightening. It is our belief that government can and will protect us from any and all calamity which holds us together as a nation, or state or city.

We do not have such a measuring device of Shreveport’s trust in its government, but what I have learned in almost a half-century of work says that trust has been shattered.

Mayor Adrian Perkins has taken a wrecking ball to it, and his “State of Black Shreveport” speech at Southern University one week ago put a period at the end of that sentence.

I could never have imagined that any mayor of Shreveport would go to Centenary College or LSU-Shreveport or our Southern University to deliver such a race-based screed.

Yet, the speech is likely yet another Perkins defeat. As the smoke clears, our mayor has yet to achieve bedrock political support from “his” race.

All signs tell me “his” race, just as mine, fears Perkins will deliberately, mortally wound Shreveport – our biracial city – on his way out or door to his next political gig.

I believe all of this was served up when Perkins failed to deliver on last November’s bond issue and this January’s Cross Bayou Point scheme. Each was a signature political op by which Perkins’ might have named and claimed political strength for the remainder of his mayoralty.

Losing both had the precisely opposite result, because they were ill-timed and wrong-headed.

In fact, such misfires have, more than any other single thing, marked Perkins’ time in office.

His first embarrassment was actually the day before he took office. Still difficult to believe, he green-lighted a naked grab of city money by foolishly (and apparently illegally) switching Shreveport’s casualty insurance carrier.

Now, in the most recent past, he has reeled-off a growing list of more embarrassments …

… strong-arming another grab of city money to go toward buying himself a Tesla,

… going to work for a failing presidential candidate while City Hall was in free-fall,

… subversion of the City Charter to hire his – not our – CAO, and

… his heretofore unthinkable speech at SUS.

The good news in all of this is that any workable majority of us, cobbled together from any combination of us for any purpose, is possible.

Shreveport’s next test is whether or not the City Council will soon and again block our mayor’s choice for CAO. (See link #2, below.) A close second is City Hall reaction to publicly announced plans for the de-annexation of “Ellerbe Park.”

2. Elliott Stonecipher, “Whitehorn ‘NO’ Is a Done Deal (unless),” February 29, 2020:
http://realshreveport.com/legal-research-whitehorn-no-is-a…/ 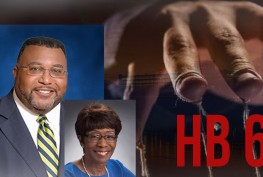