Long way around for The Short Line

SHREVEPORT, La. — The Short Line Food Station has received plenty of publicity in recent weeks, but the grand opening of the new dining option in downtown Shreveport has been cut short.

Owner Greg Solomon, who is also the President of Solomon Construction Inc. and Solomon Investments LLC, started working nine months ago to revamp the vacant space on the corner of Marshall and Lake Street to make the lot food truck-ready.

The station opened for business on Oct. 4, but has recently been closed down pending required city approval.

Solomon said he is frustrated because when he started the business months ago, the City of Shreveport did not specify what he would need to do to get the lot ready for his food truck business.

“They told me I didn’t need anything and it was going to be treated like a park,” Solomon said.
“I got a call saying I needed to fill out an application. I explained I had been there nine months ago and they said I didn’t need anything. Now, this happens a week before we open. Why didn’t they tell me this sooner?”

Solomon said the Metropolitan Planning Commission claimed they did not remember speaking with him months back regarding the food station, whereas the Zoning Administration Office and the Permit Center did.

Since the food truck station has no permanent structures, Solomon said he was not previously instructed to obtain a certificate of occupancy. He said the MPC also told him he would not need parking approval.

“We just submitted it Tuesday,” Solomon said in reference to his application. “They just didn’t tell me correctly what I needed to do.”

Solomon said he was instructed to provide a new plat for zoning, which he had to hire a professional to make, as opposed to turning in a hand-drawn version. In addition, Solomon said he had to pay a fee of $650 for application review.

“It’s going through the process now,” Solomon said. “They wouldn’t tell me how long it’s going to take, but the new plat has to go through the Fire Marshal and Streets and Drainage.”

Now, it is a waiting game for Solomon, who said food trucks are already lined up to get a spot to do business at The Short Line.

“All of that publicity, and now people don’t know what’s going on,” Solomon said.

Solomon said he hopes his application will be approved soon, but he is not sure how long it will take for the MPC to review.

“Nine months ago this would not have been a big problem, because I could have easily gotten all of this taken care of before it was time to open,” Solomon said.

Mark Sweeney, Executive Director of the MPC did not immediately respond to my request for comment. 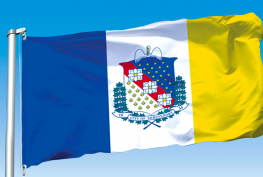 WHAT THE DEFEAT OF THE SHREVEPORT BOND ISSUE MEANS TO ME