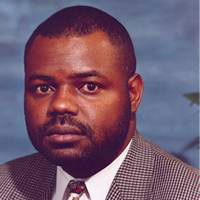 Below is a list of various court cases (not even all) in which the Caddo Commission has stood in a party to a lawsuit. The precedence outlined in my previous writings leave many questions about why Judge Ramon Lafitte ruled to except the Caddo Commission and the individual Commissioners in Elliott Stonecipher’s lawsuit against them. While litigation is ongoing, the Louisiana Legislative Auditor released a report finding that at least the CPERS part of Stonecipher’s lawsuit is clearly illegal. Lafitte’s ruling to except the Commissioners came after the Auditor’s report.

Louisiana Supreme Court Cases where the Caddo Parish Commission (“Commission”) was a party:

Louisiana Appellate Cases where the Commission was a party:

PERS v. Caddo Parish Commission, Caddo Parish Commission, And Metropolitan Shreveport Zoning Board Of Appeals, No. 95-0243 (La. App. 1st Cir. 5/31/96), 676 So.2d 105;
• This dispute involves the constitutionality of the Caddo Ordinance Number 2981 which authorized “non-classified employees” and “appointed and elected officials” to participate in CPERS. The Commission filed numerous exceptions, one of which was granted by the trial court. The Court of Appeal reversed and remanded the case back to district court.

Romero v. Caddo Parish Commission, No. 48, 434, pp. 1-7 (La. App. 2nd Cir. 11/27/13), 129 So.3d 807
• This dispute involves a citizen’s attempt to restrain the Commission from constructing a water line. The Commission, represented by Charles Grubb, defended the litigation in the trial and appellate court.

Henderson v. Union Pacific Railroad, No. 41, 596, pp. 1-6 (La. App. 2nd Cir. 11/15/06), 942 So.2d 1259
• This dispute arose after the plaintiff was fatally injured at a railroad crossing. The plaintiff sued the Commission claiming the subject intersection was improperly signed. The commission, represented by Pettiette, Armand, Dunkelman, Woodley, Byrd & Cromwell, answered the petition and filed a motion for summary judgment, which was granted by the trial court. The Commission prevailed on appeal.

Sellers v. Caddo Parish Commission, 503 So.2d 1073 (La. App. 2nd Cir. 5/29/87).
• This matter involves a slip-and-fall that occurred at the David Raines Health Center, which was owned and operated by the Commission. The Commission, represented by Blanchard, Walker, O’Quin & Roberts, litigated the matter through a bench trial and appeal.