LEGAL RESEARCH: WHITEHORN “NO” IS A DONE DEAL (unless …)

As readers all but certainly know at this point, the mayor swore at the end of the last City Council meeting that he would make that revote happen in the next meeting.

What is in no way disputed is this: to make that threat good, Perkins must somehow get the City Council to formally “reconsider” its refusal to confirm Whitehorn.

That rejection was the result of a 3-to-3 tie vote in this past Tuesday’s meeting, with the “NO” votes cast by the Boucher / Nickelson / Flurry trio.

BUT, what we now know is that there can be no Reconsideration vote without Boucher, Nickelson or Flurry switching sides.

Here is how this works.

1. Not every rule by which our City Council must conduct its business is specifically set out in its Code of Ordinances / “City Council Rules of Procedure.”

2. One excluded such rule is a “motion to reconsider” a vote already taken.

4. In pertinent part of “RONR” as it is called, we find this, with the most notable sentence in all caps:

“A matter that was voted on could be brought back again through the motion to reconsider. Under Robert’s Rules of Order Newly Revised (RONR), this motion must be made within a limited time after the action on the original motion: either on the same day or in the case of a multi-day session (such as a convention), on the next day within the session in which business is conducted.

Until the motion to reconsider is disposed of or lapses, the effect of the original vote is suspended, and no action may be taken to implement it.

THE MOTION TO RECONSIDER MAY BE MADE ONLY BY A MEMBER WHO VOTED ON THE PREVAILING SIDE IN THE ORIGINAL VOTE (SUCH AS SOMEONE WHO VOTED ‘YES’ IF THE MOTION HAD PASSED OR VOTED ‘NO’ IF THE MOTION WAS DEFEATED.”
——————–

So, it is appropriate to say a motion to reconsider needed to be made just after the 3-3 tie vote defeated Perkins. To boot, such “may be made only by a member who voted on the prevailing side in the original vote.”

With members Boucher / Nickelson / Flurry solidly together, this deal was and remains done.

I sincerely thank those legal minds who helped me with this article. 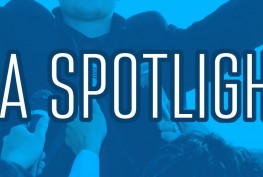