For those who have not yet seen it, here is the link to its must-view report last night on the candidates for Shreveport mayor:

For most of my life, reports such as this one always found a way to the public by one or both of our daily newspapers, one or more of our three televisions stations, or local radio stations.

Those days, as we know, are long gone here for a list of reasons, none of them good.

I sincerely thank the team at KTBS for this presentation, albeit brief, about candidates for Shreveport mayor. We may all hope this is only the first.

Let me personally add that the information presented about candidate Adrian Perkins is likely least known and most important. No responsible voter, if they knew all of his story, would vote for the young man. Sadly, such facts seem not to matter to his supporters … a terrible sign given Shreveport’s perilous condition.

The truth at the bottom of his awful bag of tricks easily disqualifies his being elected mayor.

Absentee and early voters will be the first to see and ponder the Caddo Parish Commission’s infamous dealing from the bottom of the political deck.

Without public mention, this bunch … notably prone to all-but-open corruption … has tacked onto the ballot the approval of an expiring property tax for parish parks.

This surprise ballot proposition is arranged so it appears to be the last in the list of Louisiana constitutional amendment propositions.

This underhandness – veritably defeating public knowledge and debate of the property tax – stems from the defeat last year by Caddo voters of all the Commission’s attempted re-ups of taxes.

We might wonder what Commissioner Steven Jackson, now a Shreveport mayoral candidate, had to do with this typical Caddo Commission abuse of the public trust. 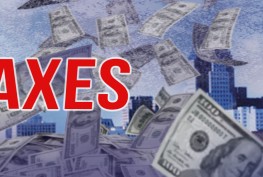