BATON ROUGE, La. (AP) — State financing for more than 30 Louisiana public charter schools could end as early as next week, after a judge’s ruling Friday.

A state appellate court ruled this month that money from Louisiana’s public school funding formula can’t pay for charter schools created by the state Board of Elementary and Secondary Education. On Friday, state District Judge Wilson Fields said he didn’t have the authority to delay the impact of that ruling.

Without a stay, Superintendent of Education John White said the state cannot send the next monthly payment Wednesday to those charter schools.

“Charter schools are small, independent nonprofit entities, and obviously, one month’s revenue can be a big blow to your cash-flow,” White said. “Right now, the state is enjoined from sending that payment.”

White said the state is asking the appellate court to delay its ruling until the Louisiana Supreme Court decides whether the charter school funding is proper.

Charter schools are public schools, funded with taxpayer dollars but operated by independent organizations under agreements approved by state or local education officials. The operators of the schools in question were granted charters by the state education board, rather than local school boards. They were funded through a Legislature-approved formula that governs the way tax dollars, state and local, are doled out to individual local school districts.

A number of local education officials and a teacher union, the Louisiana Association of Educators, argued in lawsuits that funding the state-chartered schools through a formula meant to fund local school districts violates the Louisiana Constitution.

The 1st Circuit Court of Appeal agreed in a 3-2 decision, overturning a prior ruling from Fields that the charter school financing was legal.

The Advocate reports (http://bit.ly/2iTKjYA) the state, charter schools and the Louisiana Association of Public Charter Schools asked Fields to put the appellate court ruling on hold. They warned that stopping the funding could harm more than 16,000 students and thousands of teachers, administrators and other staff.

Fields noted the appellate court sent the case back to him for further proceedings “consistent with this opinion.”

“What’s my authority to say, ‘Big Brother, I’m going to stay your ruling?'” Fields said during a hearing Friday. “If I issue a stay, that’s contrary to the opinion.”

Lawmakers could opt to fund the charters separately from the formula. But that would require full state financing — rather than paying for the schools with a mix of state and local tax dollars — boosting costs for Louisiana’s operating budget amid recurring financial problems. 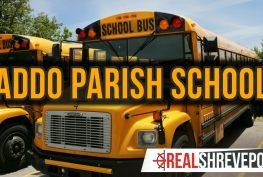