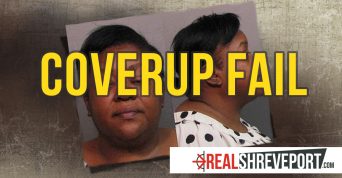 News came out around noontime on Friday Jan. 26th that Bridget Lee, formerly a Woodlawn High School bookkeeper, pleaded guilty to charges of malfeasance in office for stealing money back in early 2016.  The Shreveport Times ran their article about the conviction with no context, leaving readers to incorrectly presume that this was just a case of local government holding itself accountable (here).  Such was never the case, as the entire crime was originally going to be minimized and covered up by Caddo School officials, particularly led by Superintendent Lamar Goree.

The truth is, Elliott Stonecipher was the first and only person to expose the crime and the coverup effort thanks to whistleblowers inside of Caddo Schools (here).  That led to public pressure that couldn’t be avoided because of the spotlight placed on how Goree and his staff (plus Caddo Sheriff investigators) would act on the crime.  Lee was subsequently arrested and the news media began to cover the story (at least the story… as told by officials).  Even then, reporting on the amount of money stolen was minimized when the mainstream local media finally covered the crime… a fact Elliott Stonecipher reported from the beginning. Initial reports in the media started around $2,000 as told by officials but ended up over $11,000 in the end.  The story eventually made it to the local media was even circulated in the Associated Press (here).

Elliott Stonecipher had the real story the entire time, from the beginning.

Our community must now ask itself why it came to this; where a private citizen practicing journalism for the betterment of his community was the only hope of exposing a coverup and theft by a publicly paid employee.  We must also examine why our media was not present and how crucially important it is to not have our local media call “timeout” on being the watchdog for our community.  Had it not been for Elliott, his whistleblowers, and his relentless pursuit of the truth in the matter, this case would never have seen the light of day, nor would it have been prosecuted.

For decades, it has worked to the benefit of those in leadership and government here to suppress such accountability by local media.  That has been no mere coincidence or accident.

Victims of such snuffed-out truth in our news media remain the taxpaying middle class, a population of people who could well be listed as “endangered” or “threatened” within Caddo Parish were they of another species.  With the growth of social media, the taxpaying public is finally given a voice and a chance to score a win from time to time against the corruption machine that owns almost all of what happens inside City Hall.  The truth that keeps our leaders scared is that defeating the systemic corruption here could mean the taxpaying public might win virtually all of the time… by possessing a government of people serving the community, not subscribing to out of control self-service at our expense.  Only then, we might have a chance for a conversation about growth and prosperity in our city and parish.

It’s important that all of us remember this as we move toward the next election for our mayor.  There’s certainly movement now by backroom dealers to “arrange” our next mayor for those who have arranged such things for decades.  If we have a shot at an honest servant in our highest elected office, it’s not going to come in the absence of truth telling journalism and a public crying out for honesty and accountability.  I certainly thank Elliott Stonecipher for leading the charge in this case to defeat corruption.  I also thank those who, back then, decided to spread the word, especially on social media, about this malfeasance in spite of any fear it may have come with.  Take note that, today, your important voice reverberating on social media – and beyond – can have big, positive impacts for years to come… That’s just the antidote for what’s killing our hometown.