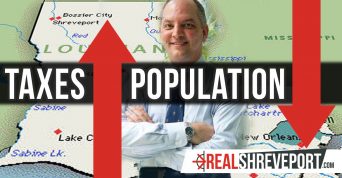 JOHN BEL EDWARDS – a.k.a. “Governor Taxes” – UP FOR RE-ELECTION

You won’t hear him mention it, of course, but during Governor John Bel Edwards’ first year in office, Louisiana’s official, Census Bureau-reported population peaked at 4,678,215.

It was 2005-2006 when Louisiana last experienced a population decrease, caused by Hurricanes Katrina and Rita.

As I often and publicly explain, American cities and states are learning the hard way that population is all but certain to drop as politicians loose the socialist within them and raise our taxes and other costs of living far beyond our means.

It is, we know, tax PAYERS who are most likely to move away.

No, I do not believe Governor Edwards is the cause of the now-underway population decline, but he is certainly a notable contributor.

In fact, he is the most unapologetic tax-and-spend governor I can name.

Were it not for our anti-tax Louisiana House of Representatives, there is literally no telling how high Edwards would have raised our taxes over the past three years.

When the smoke cleared, his “success” had required seven special legislative sessions … netting us a 4.45% sales tax through 2025.

His true passion, a higher state income tax, died in the political knife-fights along the way.

Researchers in the House of Representatives have prepared this bar chart to show the growth of Louisiana spending back to Fiscal Year 2004-05:

Ignoring the confusion of “double-counted funds,” state spending over the past fifteen years, since former Governor Kathleen Blanco took office, has rocketed to 70.1% … from $17.7 billion to $30.1 billion.

During that same period, our population increased only 2.4%.

Last week, speaking to the Press Club of Baton Rouge, Edwards, with feigned happiness, announced that he would propose no tax hikes in the 2019 legislative session.

Perhaps his re-election campaign this year has something to do with that.

With U. S. Senator John Kennedy opting out of the race, Republican candidates saying they will challenge the governor are 5th District Congressman Ralph Abraham and business leader Eddie Rispone (pronounced ris-po-nay or ris-po-nee).

A native of North Baton Rouge, Rispone is soft-spoken, and his comfort in talking about faith and family – he has 24 grandchildren – is notable.

As is playing-out in Shreveport, national political operators and mega-donors – such as George Soros in the election campaign of Caddo Parish District Attorney James Stewart – can be expected to drop a bundle into the Edwards campaign.

The primary election is October 12th, and any necessary run-off on November 16th.

YES, COVID-19 IS DAMNABLE, BUT NOT ALL OF US ARE TO BLAME. 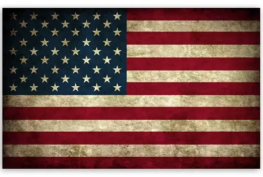