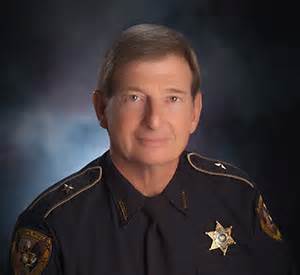 [NOTE:  Our Caddo Parish sheriff and district attorney are key in the subject discussion, prompting me to share these notes of disclosure.
In 1990, on behalf of incoming Mayor Hazel Beard, I vetted and worked for Steve Prator, then a Sergeant of Shreveport Police, to become Police Chief.  I have also worked in various pro bono civic projects with Caddo Parish District Attorney James Stewart, and his brother, Carl, now the Chief Judge of the U. S. Court of Appeals for the Fifth District.]
_____________

Those in Caddo Parish who care have been handed an excellent opportunity to follow and better understand how official malfeasance by our public officials may – or may not – be prosecuted.  Last Monday’s felony theft arrest of Woodlawn High School bookkeeper Bridget Lee, and the related obstruction of justice by top system officials, present that chance.

In Louisiana, action against public corruption / official malfeasance (legal definition here) is under the control of parish district attorneys and sheriffs.  Our Constitution sets it out this way:

In those relatively few words, we read just how much power for good these two officials truly have.

In my decades of practical experience in this context – including cooperating with the Louisiana Legislative Auditor and working as a consultant to the Louisiana Ethics Administration – I have learned this, beyond question or doubt:  investigations and prosecutions of local public corruption occur at the discretion of sheriffs and district attorneys … period.

Literally, I know of no case in Caddo Parish in which the citizenry successfully pressured law enforcers or prosecutors to charge, indict or try any public official for corruption / malfeasance.  However, other public officials certainly DO have the requisite influence in some instances.  To say the process is “political” only weakly makes the point.

Too, conflicts of interest may exist.  In 2015, the office of the then-interim Caddo Parish District Attorney decided not to prosecute CPERS malfeasance in and by a large number of Caddo Parish Commissioners because the D.A.’s budget might be targeted by those Commissioners.

It is also true that not all sheriffs and district attorneys care to work together.  That is more or less the case here in Caddo Parish, and has been for many years.  I am well aware of the details of that history, and am among those here who continue to hope that rift will be repaired, for the sake of our community.

In the meantime, our sheriff and district attorney may use their unmatched power to facilitate investigative and prosecutorial “work-arounds,” as I refer to them.  The good news is that various of these are now proven alternatives.

A notable example is the recent conviction of ex-Caddo Commissioner Michael Williams for official malfeasance.  Sheriff Prator investigated Williams’ theft of public funds, and the nature of the case made it possible for the FBI to assist.  Thus, the U. S. Attorney prosecuted, and any time served by Williams will be in a federal facility.

I came to understand another “work-around” a few years ago as I researched a public corruption case in a nearby parish.  Top criminal investigators in the Louisiana Attorney General’s office explained that any district attorney who has a conflict of interest in any case may, at their own discretion, officially invite the state attorney general to step in and prosecute.  (I believe it can be a positive, in context, that Sheriff Prator and Louisiana Attorney General Jeff Landry are political allies.)

Finally, it may well be that local corruption cases are federal matters from the beginning.  A few weeks ago, a Caddo Parish school system whistleblower detailed allegations of federal Title I fraud there.  Given that the described fraud reaches into some local churches, this is very much “local” public corruption.  Since the money at issue comes here from the federal government, such fraud would be investigated by the FBI and prosecuted by the U. S. Attorney.  In other instances, the IRS, Homeland Security, DEA, etc., might have jurisdiction.

To me, the overarching point is that political disturbances need not prevent a necessary fight – war, in our case – against public corruption.  Literally, where there’s a will, there’s a way.

What is missing here is the will, as evidenced by lagging civic activism, disinterest from many in our news media, and the growing ranks of corruption apologists (article here).


(Elliott Stonecipher does this work pro bono … no compensation of any kind is solicited or accepted.  He has no client or other relationships which in any way influence his selections of subjects or the content of any article.  Appropriate credit to Mr. Stonecipher in the sharing – unedited only, of course – is expected.  The use of his work without such credit to him is unethical and will not be quietly accepted.)