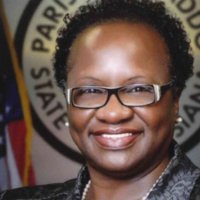 We all know it happens and roll our eyes at knowing exactly how those in public office use their “service” to us as a means to enriching themselves. We generally have zero respect for these types of people, but we never fully understand just how lucrative it is for them.
In the case of many of the Caddo Commissioners past and present, many of them do not even care to wait to get their payoff from those they steer money and benefits to. Take former Caddo Commissioner Lindora Baker for example. While the local media always lightly touches on stories such as this, they never give their readers or viewers the full service of telling them exactly how they are being taken advantage of. Baker was barred from going to work for a clinic that was attached to the Biomedical Research Foundation back when she was an elected official because the state Ethics Board stopped it, but only at first. See the article HERE.

Readers likely remember Lindora Baker because right before election qualifying for this term, she suddenly announced that she would not seek re-election because she was “retiring” to raise her granddaughter. The truth was that Baker had over $11,000 in ethics fines for her inability to file basic reports on time. The Shreveport Times embarrassed themselves by not even correcting their story, even after numerous people directly emailed their editor, publisher and the article’s writer. An article weeks later disclosed her fines. (Article found HERE.)

So where does an unaccomplished former Commissioner go to retire? The natural answer is the BRF’s University Health system. Even when Baker retires to raise a granddaughter, she finds herself working to further make money off of taxpayers, but now with the responsibility of working with local government bodies to ensure that they continue to fund and perpetuate the BRF and University Health with OUR tax dollars. This is the same BRF that funded the local millionaires “Angel Fund” via their offshoot called the EAP as we covered previously. Baker was also involved in the Commission’s steering of over $550,000 to the BRF’s other offshoot, the non-accredited Digital Media Institute from 2012-2014.

It is unclear what Baker is getting paid by the UH/BRF today, but we can rest assured that she has “retired” with an annual income much higher than the average Caddo citizen she represented who makes around $24,000 each year and is likely spending plenty of time with her granddaughter now that she is working full time (Commissioners only work part-time). Baker is not an isolated case. In fact, the BRF boss, John George, seems to be amassing quite an army of people using the UH system and BRF public dollars. These jobs are created and funded by taxpayer dollars in the name of “economic development” and go to elected officials, like Baker, who keep funding the machine… only to see the BRF machine continue to come up with new schemes to justify taking up more tax dollars. Now, taxpayers have to wonder what Commissioners will be next to steer our money to wasted programs while our roads and infrastructure crumble around us. Commissioners like John Atkins and Matthew Linn are tied closely to BRF efforts, with Atkins actually giving money to the BRF via a foundation in his family called the J.B. Atkins Foundation.

Nothing changes in Caddo Parish, especially when our media will not even dig below any of the surface to inform us. While average Caddo residents struggle, our political class of Democrats and Republicans work very closely to make sure they win, every time. 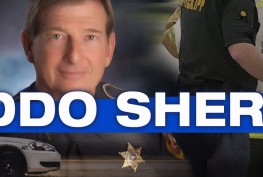 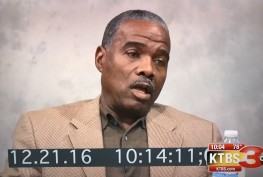