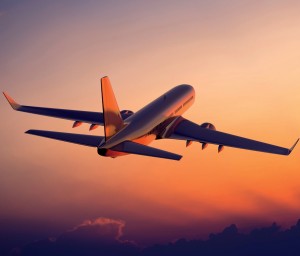 SHREVEPORT, La. – Last November, residents of Shreveport-Bossier voted in favor of Proposition 306, which increased the occupancy tax for hotels and motels by 1.5%.

The tax became effective soon after in December of 2015. Since then, three different organizations have been collecting funds from the occupancy tax. The Shreveport Bossier Sports Commission, the Ark-La-Tex Regional Air Service Alliance (RASA) and the Independence Bowl Foundation each take in one third of the revenue generated. Estimates showed each organization would see around $600,000 per year as result of the tax increase.

The Shreveport-Bossier Convention and Tourist Bureau lobbied heavily for Proposition 306, which would eventually increase the occupancy tax rate for hotels and motels from 4.5% to 6%. The Bureau sponsored ads for the occupancy tax on social media, claiming it would bolster the local economy and even improve infrastructure. In trying to get the tax passed, many campaign promises were made to the community regarding the local impact of the tax. These will be addressed in future articles in this series.

Local news outlets pushed these positive messages about the tax prior to last November’s election, as well as how it could benefit the local economy with more sporting events and increased air service from Shreveport Regional Airport.

Now, almost a year after the tax increase was passed, there is little to no news about how the money is being spent.

In fact, The Shreveport Times even allowed Tim Wilhite, past president and current board member of RASA, to pen his own editorial in support of the previous occupancy tax that was voted down on the November ballot in 2014.

As for RASA, these types of non-profit organizations exist mainly to provide funding for increased air service, since FAA rules prohibit airports from giving tax revenue directly to the airlines for route guarantees or equipment usage. First, the airport authority must prove its case to the airline that the new flight service will make money. Then, once the numbers have been nailed down, the next step is to get approval from the executive board at organizations like RASA for funding.

Wilhite said RASA is still working with the Shreveport Airport Authority to bring direct flights to cities such as Chicago, Charlotte and Washington, D.C. He also said much of what RASA is working to accomplish is proprietary information which cannot be shared because of competition between the various airlines they are in talks with.

“Zero tax dollars have been spent,” Wilhite said. “Actually in the by-laws, it states that no board members are allowed to receive compensation. And there will be no need to hire employees to work for RASA..”

Shreveport Regional Airport already has direct flights to several cities, including New Orleans, Dallas, Houston, Atlanta, Denver and Las Vegas. However, none of these non-stop flight services have been obtained using the tax revenue generated by the hotel occupancy tax.

No progress reports have been made available thus far, nor any estimated date for when residents can expect to see more direct flights to and from Shreveport Regional Airport.

Mark Crawford, the Marketing & Public Relations Manager for the Shreveport Regional Airport Authority, said although they are working to make deals with airlines to get direct flights, it is a lengthy process.

“We talk to the airlines once a month or so to see how current routes are performing,” Crawford said. “We’re always in talks with our airline carriers about existing information.”

RASA, working in conjunction with the Shreveport Airport Authority, has made it clear they are still working on fulfilling their promises as outlined in the campaign for Prop 306.

However, questions remain as to when the people of Shreveport-Bossier can begin to see substantive updates from RASA about when and how the piling money will be used for economic development, and in this case, for non-stop flights to and from major U.S. cities.