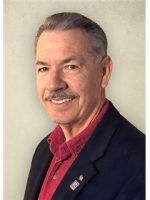 To open, let me (very) quickly acknowledge the no-news announcement by Caddo Commissioner Jim Taliaferro that he will yet again run for Mayor of Shreveport … yep, in two years … by which time many who are reading this piece will certainly have joined the Shreveport exodus.

One of the 2018 mayoral candidate losers against Adrian Perkins, and a former Shreveport Police Department administrator, Taliaferro’s early-bird-gets-the-worm hoopla seems pointed at the supposed like mayoral candidacy of Caddo Commissioner Mario Chavez.

Presumably still planning on running as a Republican, Taliaferro would have to deal with his role in the Party’s private decision to split the Republican / white vote two years ago … directly benefiting, if not electing, Perkins.

Something far, far more serious is a “terrorism advisory bulletin” sent out two days ago by the Department of Homeland Security. Here, in my opinion, are key paragraphs (my thanks to The Epoch Times):

“The Department of Homeland Security (DHS) on Tuesday said the United States is seeing ‘a heightened threat environment’ following the presidential inauguration as it warned of potential violence in the coming weeks.

“Acting DHS Secretary Pete Gaynor said in a terrorism advisory bulletin that information suggests ‘some ideologically-motivated violent extremists with objections to the exercise of governmental authority and the presidential transition, as well as other perceived grievances fueled by false narratives, could continue to mobilize to incite or commit violence.’

“DHS is concerned these same drivers to violence will remain through early 2021 and some DVEs may be emboldened by the January 6, 2021 breach of the U.S. Capitol Building in Washington, D.C. to target elected officials and government facilities,” Gaynor said.

Much worse are two paragraphs in the bulletin attributed to former DHS Acting Secretary Chad Wolf, a Trump appointee who stepped down from the position more than two weeks ago:

“Then-acting DHS Secretary Chad Wolf said in the report’s introduction that he is ‘particularly concerned about white supremacist violent extremists who have been exceptionally lethal in their abhorrent targeted attacks in recent years.’”

The way I read this, it was crucial to Team Biden to attribute the real point of the “bulletin” to Trump’s white ex-DHS boss man … gone from the job two weeks ago.

Meanwhile, back at the Left’s whipping post reserved for folks like me, let me note that I find no mention of either Antifa or BLM / Black Lives Matter in the report.

The rest of us had better find it … and fast.

The Epoch Times article is here, including the link to the DHS bulletin: https://www.theepochtimes.com/dhs-issues-heightened-threat-alert-after-transition-warns-of-potential-violence_3674162.html?utm_source=newsnoe&utm_medium=email&utm_campaign=breaking-2021-01-27-3

Governor says tax rewrite should be fair and predictable