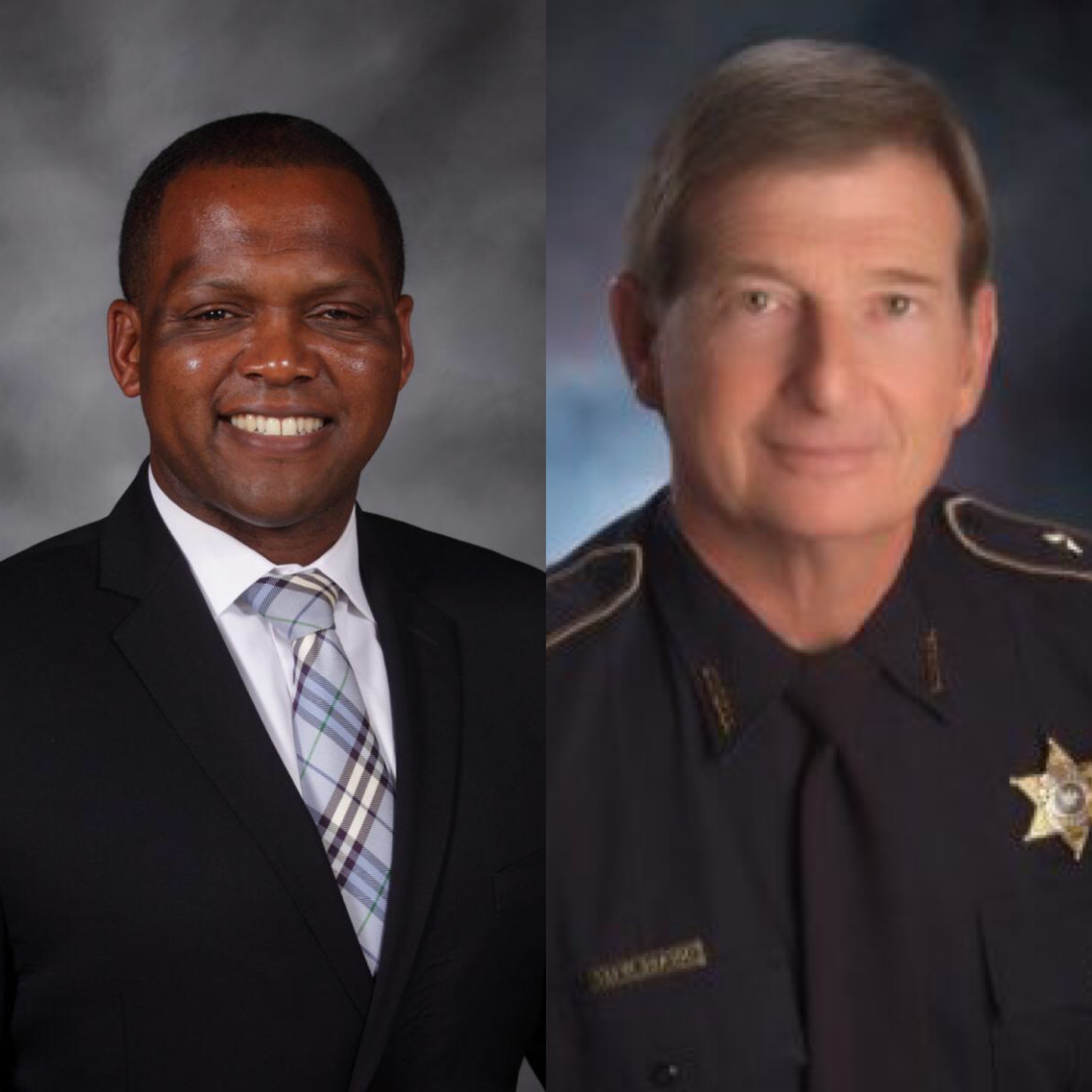 On the eve of early voting for Caddo Parish’s spring election, more coverup and dodging is occurring from Caddo Superintendent Lamar Goree with the help of Caddo Sheriff Steve Prator.

Caddo Schools have three millage proposals on the ballot for April 9th.  Elliott Stonecipher has provided tremendous coverage of just how abused Caddo taxpayers have been by the school system (here), and just how wasted the money has been (here).

Caddo School Superintendent Lamar Goree and his administration have been threatening teachers with a reduction in force/layoff if they do not get the vote out FOR the bond issues.  Last spring, the district’s tactic of openly marketing and advocating for their new tax plan was met with a lot of pushback and defeated.  This year they seem to hope nobody notices that a vote is even happening.  A second bond issue’s failing would be devastating to the career and resume of Dr. Goree, who appears to be hoping for an easy exit from here.

In shear numbers, the Caddo School system is the largest employer in the Parish, so their actively threatening such a large % of the population with potential job loss should secure a School Board victory.  In order to secure victory, Goree and staff just ignore the law (break the law) by stiffing the taxpayers from knowing about their gross waste of tax dollars.  Elliott Stonecipher requested documents regarding the theft at Woodlawn High that he first blew the lid on (here).  Still no word on any arrest and Goree has not complied with the required transparency on much of anything lately (here).  He also has been intentionally delayed by Goree in getting the actual dollar amount spent on West Shreveport and Central Elementary buildings to house a huge staff of administrators.

I have entered the fray in order to obtain simple documentation about WHEN the Woodlawn theft was reported.  I asked Dr. Goree in a written public documents request to disclose this information, and a second request was submitted for a compensation report on all 2015 district pay.  Goree, via his assistant, sent the information about the salaries, and totally ignored the second request.  I reminded them of my second request about the Woodlawn theft and attached it to my correspondence to eliminate any confusion.  Goree’s staff instead just sent me the list of salaries again, NEVER even acknowledging my request.

So I also sent a request to Caddo Sheriff Steve Prator’s office for any documentation regarding first contact from school officials that a theft had occurred at Woodlawn.  That request was ignored well past the required timeframe.  Instead, my office received a phone call from a Deputy Patterson (not a written response as the law requires) to tell us the investigation was still open and they could not provide any info.  When we affirmed that we wanted to know when the first contact from school officials was, they responded the next day by giving us the phone number of a couple of the investigators.  Clearly the sheriff’s office has a job of upholding the law, but they do not uphold it when it isn’t politically expedient.  They must comply with public records requests.  Not doing so points to a total coverup by Prator on behalf of Goree, whose district’s employment will obviously bring a much needed boost to the beleaguered Prator should he seek reelection.

The clear purpose of ignoring my requests is to never give anything in writing.  By violating the law, Prator can simply deny any criticism by saying “that’s not what I told Mr. Broyles”.  Goree instead knows that my only options are to let him slide or to sue him for the documents.  If I were to sue, his protector and highly compensated system attorney, Reg Abrams, would surely get to use that event to get even more taxpayer money to abuse in defending the Superintendent.  My hope is that good and decent people in Caddo Parish would recognize that it is their responsibility to hold our elected officials accountable and refuse to be held hostage to information by Goree.  We pay him.  While he holds teachers hostage with threats of job loss because he and his board refuse to make any real plan to right-size our shrinking school population’s huge spending, he should not also force those that pay his salary to have to lose, just because we want what is ours… our documents, telling us what we have every right in the world to know.  I will surely remember this disdain held for the public on April 9th… and when Sheriff Prator comes back asking for our votes in just a few years.

(A side note:  I think it is imperative that people know that school system lawyer, Reg Abrams is on the Shreveport Committee of 100.  That group last year backed the school bond issue that failed.  Last year, they gave their members the option to vote to either: Fully Support or Give Limited Support to the bond issue… No word yet on if they will back this one.  The public should take that into consideration though as they hear about community endorsements.)