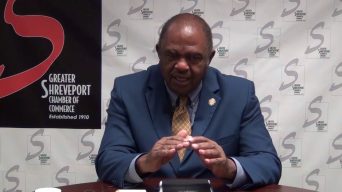 Just when Shreveporters likely figure there is nothing new to learn about the would-be $1.5 billion Cross Bayou Point shakedown, along comes new stuff … all of it always bad.

Given that the determinative City Council vote is now planned for mid-January, Councilman Willie Bradford has loudly and proudly taken point. His willingness to ditch any semblance of truth in the matter was proven as KTBS-TV News’ Cassandra Merritt interviewed him last week:

“We (KTBS) also asked Bradford, ‘How will the city pay for this?’ He (Bradford) says possibly through tax credits along with state and federal assistance and private investors. He says tax dollars will not be used.” (SEE link below.)

We should take a moment to consider those six words: “tax dollars will not be used.”

In fact, Cross Bayou Point happens only if the City buys the required 88 acres of land. What, pray tell, will the City use to buy that land?

Nope … the City will use dollars … OUR tax dollars … from OUR personal earnings.

Let’s be clear: after paying for those 88 acres, and after paying the unknowable expense of de-contaminating a considerable chunk of them, the City will proudly hand the land over to the developers and the local usual suspects who brought them here.

(Personally, I most look forward to the identification of the promised “private investors.”)

Far more consequential for Shreveport than anything else about this mind melting mess is how passage of it may very well trigger the secession of a broad area of the City.

Those who cannot believe this should consider the November 18th report by TW Starr at KTBS-TV in which the “s” word was directly used.

Starr interviewed both Alan Clarke, Executive Director of the Metropolitan Planning Commission (MPC), and Dr. Gary Joiner, the LSU-S Chairman of History and Social Sciences, about growth in Southeast Shreveport. Here is the subject exchange (SEE link below):

JOINER: “Absolutely, there just has to be a groundswell to do it. Now that St. George is a reality, I can see this happening in Shreveport and having southeast Shreveport secede and become a new town.”

The secession from Baton Rouge of what is now St. George followed a like one in 2005 by the now-identified City of Central.

For now, I believe it is most important to note Joiner’s point that such a secession or de-annexation requires a trigger.

It is difficult for me to imagine that City Council passage of any version of a Cross Bayou Point giveaway of taxpayer money would NOT be such a trigger.

After any such exit of tens-of-thousands from the Shreveport tax base, those to blame for Cross Bayou Point will forevermore – and properly – also be blamed for such a mass exit.