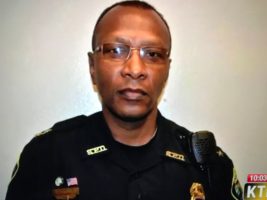 Back on November 9th, Real Shreveport informed the public of the coverup effort behind the October shooting incident with SPD Chief Alan Crump (here).  Sources came forward to explain how Ollie Tyler’s administration went into high gear in an effort to keep the chief from looking any worse because of the constant heat the Tyler administration has taken over the appointment Crump over several more qualified candidates.  The shooting incident in question was chaotic and Crump’s fumbling of his gun and falling to the ground would have garnered some eye rolls, but been largely overlooked by the public who desperately desires a better policing of the city during this recent crime spike.  The entire incident moved into a needlessly big new category with the introduction of a fishy story from Crump to investigators after he was prepped to be interviewed about the incident.

Jon Du Pre does as good of a job anyone can of putting the timeline together in his in-depth news piece on KTBS last night (here).  What’s obvious is that the timeline shows holes in Crump’s story, implicates CAO Brian Crawford and City Attorney William Bradford in the coverup, and leaves a lot of questions to be answered.  With the lack of credibility from the Tyler administration, it’s entirely telling that City Attorney William Bradford is on point to summarily dismiss reporters’ questions and declare the situation over.  The desperation for the Tyler administration to wish this one away very quickly, shows how stuck they are with their own web of needless deception in order to simply give the appearance that Chief Crump is more capable than he actually is.

Now sources are informing Real Shreveport that the coverup is easily proven or disproven.  I’m told that the gun in question is in evidence and appears to have been scuffed against the concrete in a manner that is consistent with being dropped on the street in this incident.  Bradford declared the chief dropped his phone.  The Tyler administration could have and should have easily produced the gun or phone in question to display publicly the evidence that would disprove what my sources are claiming.  The Tyler administration apparently believes they are able to finesse this coverup until the incident goes away or the next scandal pops up and this one is forgotten.  What is clear?  Transparency and accountability in City Hall is nowhere to be found on a host of issues, and the only people “buying” the Crump shooting story are those selling it.  This type of treatment of the public is hallmark Ollie Tyler procedure dating as far back as her days as Superintendent of Caddo Parish Schools.

I applaud KTBS’s Jon Du Pre and Shon Gables for their work throughout this story… particularly for not letting the story fade when all other news outlets have.  Their continued pursuit of this story is appreciated and it is clear their work is not over until the Tyler administration finally comes forward with a full disclosure.  Instead, given my experience, we can expect a backlash against the messengers, not transparency.  We can also expect that the Tyler administration will continue to needlessly stain SPD as it morphs from serving the public to serving as a tool for her administration and Tyler personally (more on that to come). 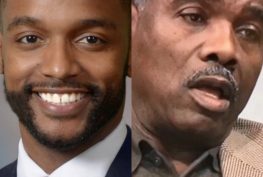 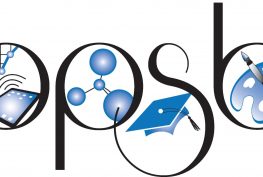 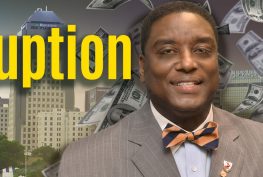