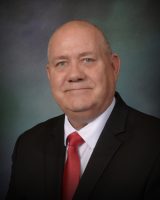 Owing to some unspecified disgust with being a Shreveport City Councilman, District “A” member Willie Bradford confirmed at today’s Council meeting that he will be gone from that position effective day-after-tomorrow.

With today’s City Council meeting particularly stuffed with news of that sort, Council Chairman James Flurry also confirmed that he has very recently learned he has leukemia.

Flurry, however, intends to continue on the Council while receiving treatment in Texas.

All other buzz aside, this shake-up is occurring while Mayor Adrian Perkins is under fire (not that he cares) for being anything but engaged as city government flounders. The never-before-seen combination of financial straits and hopelessness with Perkins’ maladministration is, after today’s announcements, at a critical stage.

Bradford recently took serious heat over his attempt to get Council approval for a new apartment complex in his district. In an open Council meeting, some residents there raked him over the coals and then some.

If that failure was not enough for the Councilman to take a look at his hole card, the crash-and-burn of the Larry English-led Cross Bayou (Point) project just before that certainly was.

Bradford is said by insiders to also be disappointed with his inability to take Perkins “under his wing” since the mayor was elected sixteen months ago.

As is anything but unexpected, Bradford took special care to blame Republican members of the Council for his exit.

Some who watched today’s virtual Council meeting particularly noticed how difficult Flurry’s announcement was. His diagnosis was too recent for him to have any additional information about his expected Council availability.

Before the dust can settle from any of this, city government must grapple with its fiscal condition, a relative crisis even before the loss of tax receipts from COVID-19.

The only certain political effect of these announcements is that Perkins is not likely to have a new City Council “A” member as willing to back him as Bradford has been.

Given how much time is left on Bradford’s term – a bit more than two-and-a-half years – an interim member is expected to be appointed by the Council and serve until a special election on November 3rd.

Personally, I wish Councilman Flurry the very best as he begins his treatment, and wish for him (and Shreveport) the very best outcome.