CONFIRMED: CHAMBER OF COMMERCE A “NO” ON THIS BOND ISSUE

Given its routine position of sponsoring property and many other taxes in Shreveport, confirmation that the Shreveport Chamber of Commerce has not automatically green-lighted Mayor Adrian Perkin’s unthinkable property tax whopper is a big deal.

(In a broader context, and very tellingly, Magner comes across in the piece as if apologizing for any Chamber resistance.)

In fact and truth, the Shreveport Chamber of Commerce, Committee of 100 and Community Foundation have for decades if not generations called the shots here, with the Chamber on point.

Put more directly, should the Chamber finally green-light this bond issue, that stamp of approval by “leaders” would likely mean the taxing is unbeatable.

Also very importantly, the Chamber has directly noted in public remarks its concern with the slapdash way Perkins has thrown this community-killing tax together, specifically including the duplication of projects previously approved in ex-Mayor Glover’s 2011 bond issue rot.

Notable bond projects from that $175,000,000 money-grab have never even been done, and likewise notable examples were more or less openly – and certainly illegally – diverted by Glover to uses other than those which Shreveporters approved with their votes. (SEE link #2 below.)

In fact and truth, the Chamber’s position is all our City Council needs to stop this bond issue when it meets on August 13th.

(If Republican Councilman James Flurry backs Perkins on this mess, just as James Green, Willie Bradford and Jerry Bowman, Jr., always do, that would be an effective “Lights Out” for this city.)

If the Chamber of Commerce and other groups of local “leaders” took point in gutting this intended Perkins money-grab, effectively limiting to unquestionably necessary projects centered on law enforcement, the measure would most likely prove unbeatable here.

Regardless, many of us cannot support any tax increase from / by the Perkins administration.

I repeat: many of us cannot support any tax increase from / by the Perkins administration.

If this bond issue goes away by any means, this 15-mill chunk of Shreveport property tax return to our pockets from which it was taken. Getting it back from us would prove anything but easy.

For openers, any mayor or City Council hoping to accomplish that must first prove to us that she or he is honest and decent and respectful of a single – the simplest – fact …

… Such tax money is OURS, not THEIRS. It is to be gotten from us when we agree to the real terms, and ONLY then … never taken from us by an assortment of City Hall corrupt ways and means. 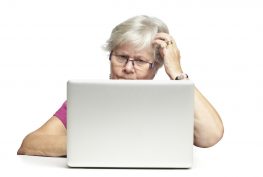 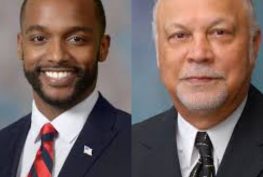