The Pesnell Law Firm on Friday filed an Application for Rehearing with the Louisiana 2nd Circuit Court of Appeal in our lawsuit against the Caddo Parish Commission.

Our fight against the Commission and its five attorneys – two on staff plus three from outside – has now been underway for two years, one month, and one week.

Those outside lawyers have been paid more than $150,000 to preserve for Commissioners the public money they swiped from Caddo Parish taxpayers in a massive self-pay scam over more than 20 years.

The most sickening self-pay was the Commission’s wide-open “to hell with the law and constitution” scheme to score “CPERS” (Caddo Parish Employees Retirement System) benefits.

Any retirement pay – which Commissioners voted themselves in March 2000 – was explicitly nullified for “parish commissioners” and other Louisiana part-time elected officials more than three years earlier, on January 1, 1997.

My research in 2013 and 2014 caught Commissioners red-handed in the subject scam.

We who are doing this work are unpaid … unlike Caddo Commissioners and their attorneys.

As of now, these courts agree – in lock-step with Commission attorneys – that only Commissioners, i.e., only those who swiped the money, can force its return.

These courts have ignored the obvious: these very same Commissioners have refused for more than two years to return the money.

Last week we also learned that the subject CPERS accounts were never “frozen” by the Commission pending a “final judicial determination.” Commissioners and staffers have long said such was the case.

We then learned, too, that not one penny of CPERS money has been returned to Commission coffers by any member, though some said in their 2015 re-election campaigns that such was underway.

The Pesnell Law Firm has pledged to, if necessary, appeal the civil case to the Louisiana Supreme Court.

I believe this is ever more clearly a matter of criminal law. No known person has researched and studied the related public record as I have.

No authority has asked to see or hear any of the evidence.

The recent federal conviction of ex-Caddo Commissioner Michael Williams for theft of $2,400 from the Commission proves to me that some other Commissioners and staff are guilty of far worse.

No others have ever been investigated.

Two issues are key in any criminal investigation …

… who, most notably in 1999 and 2000, planned and executed the op to give Commissioners already-banned CPERS pay in the first place, and

… who, most notably in 2004 and 2005, planned and executed the supercharging – as high as 16.75% – of taxpayer “match” contributions into Commissioners’ CPERS accounts.

Properly, out in the real world, what has long been underway is what the English language would entitle a “conspiracy to defraud” taxpayers.

Now, given this past week’s revelations about CPERS money having been withdrawn by some Commissioners, issues of non-payment of various categories of federal taxes are added to this mix.

Particularly important to me, work on these issues will in no way further enrich the Commission’s outside attorneys. 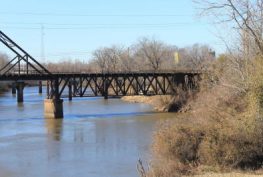