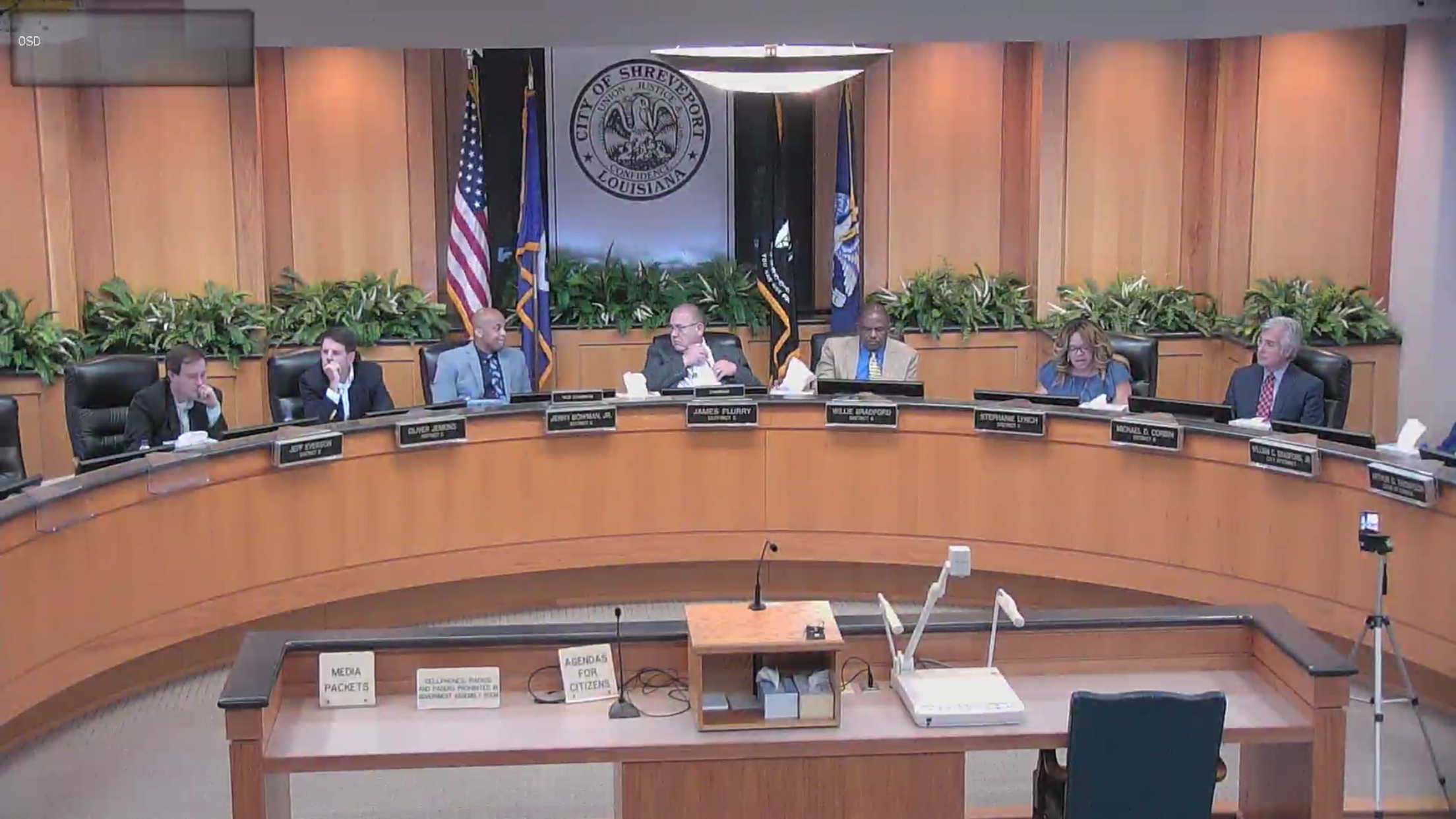 Before taxpayers could take a deep breath, a small group of local pols and marketing folks called “GDC,” for Gateway Development Consortium, came up with their version called Cross Bayou Point.

Compared to this thing, Mayor Tyler’s plan was stellar.

This one would, these mega-players say, ultimately cost $1 billion dollars.

It, too, has gone over like a lead balloon, owing to the mix of its partners, no word on how much money the City of Shreveport would have to cough up, and the strong smell of a something more akin to a rig-job than a real and true plan for development.

After all, no one else in six decades-plus has figured out how to develop “Cross Bayou.”

Regardless, the “plan” made it to a City Council vote today.

It was very difficult to watch city government in such a state of utter confusion.

When the smoke cleared, a redoing (amendment) of the GDC plan – the one for a “MOU” with the City of Shreveport – passed by a vote of 4-3.

That amended agreement, most official folks seem to think, is certainly not the originally intended MOU, but it certainly keeps GDC’s hopes alive. Now, supposedly, they must meet a list of specific requirements the City Council has come up with.

The lead pusher of the mess was none other than Councilman Willie Bradford. Up until the last couple of days, he was thought to be the lone vote in support of the GDC deal (joined by the Shreveport Chamber of Commerce and NAACP, we learned in today’s meeting).

Ironically, what passed by that 4-3 vote is specifically written to greenlight Mayor Ollie Tyler to do some deal with GDC, but Tyler made it abundantly clear in the meeting – more than once – that she does NOT want what GDC is peddling, and simply will not take point in any such effort.

Clearly, that does not bother Willie Bradford or the three other Council members who threw in with him.

Gladly, I decided not to watch the proceedings in person, and defaulted to the television broadcast. Now all I have to do is figure out what actually happened …

… other than breathing life into an awful, terrible deal for the City of Shreveport, otherwise headed to the graveyard of bad government close calls.