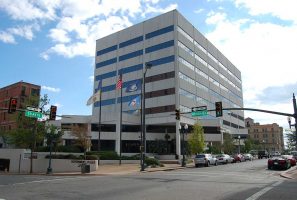 It was a lot like waiting for water to boil. You know what’s going to happen, and that it will take longer than you want to spend waiting on it …

The vote was 4-3, with Councilmen James Flurry, Willie Bradford, James Green and Jerry Bowman, Jr., in favor. Council members LeVette Fuller, John Nickelson and Grayson Boucher voted “no,” arguing in favor of a postponement until next spring.

Owing to his, uh, strong friendship with Councilman Willie Bradford, Councilman James Flurry did as that friendship dictated … to no one’s surprise. Perhaps the men will decide to tell everyone the details of their deal.

A good number of citizens spoke on the matter during the meeting, not one of whom I remember arguing “for” the thing.

District “D” Councilman Boucher noted, too, that of the many constituents who contacted him, not one was in favor of the bond issue.

When Mayor Adrian Perkins spoke at the end, he came across as defensive and angry … even though he got exactly what the fix he put in was sure to deliver.

Yes, the fix was in from the jump. This theater was all about getting this bond issue passed … by getting it on the November 16th ballot when the re-election of Governor John Bel Edwards is expected to be on that ballot, too.

“The expected Louisiana run-off for Governor, almost certainly to include John Bel Edwards, will be on that same ballot. (Can anyone say “Maximum Democrat turnout”?)”

As many readers remember, the four-years-ago election of Edwards featured the involvement of George Soros and millions of dollars through other campaigns, including that of our Caddo Parish District Attorney.

Personally, I was and am embarrassed for us … for Shreveport. It isn’t that I did not see this day coming for a long time, but expecting it and living it are two different things.

It would serve this mayor and those who helped him with all this rigging to lose this vote in November.

Given how unlikely that is, it would seem, for Shreveport, a new lease on life.