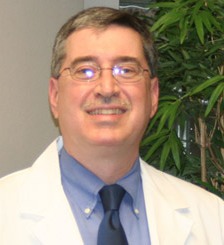 Before you read any further, pat yourself on the back just like the Caddo Parish School District did this week. You may not deserve it, but so what?

The Caddo School System is back in full marketing mode (they have another property tax millage they want you to approve this Spring without a plan… again) Their loyal media partners, the Shreveport Times, have displayed a total willingness to perpetuate the downward spiral of our Caddo Schools.
For a brief and shocking update on the status of our local Caddo School performance, please read Elliott Stonecipher’s recent articles HERE and HERE.

Thanks to Mr. Stonecipher’s research, we can see the alarming rate of failure within Caddo Schools. In spite of the widespread social media uproar over the exposure of these recent facts, the Caddo School District plods along with its media enablers doing the same marketing tricks.

While these schools are failing our students, Caddo Schools are spending their time “marketing” the success of the schools. Nothing is a more egregious attempt to sell the public a “good” story as what we witnessed in the Times article HERE.

The so-called Alliance for Education is a non-profit organization that awarded nine Caddo Schools with a “Path To Excellence Award”. In the real world, these amount to participation trophies, but make a good headline for the purpose of supporting the false narrative to the largely mis/uninformed public that things are improving in Caddo Parish Schools.

One must connect the dots to see how hollow this award is. Let’s start with who runs the Alliance for Education, Dr. Phillip Rozeman (HERE).
His name is familiar because he and a group of people heavily tied to the North Louisiana Community Foundation (Here) started a Political Action Committee called the Citizens for Better Caddo (CBC) before the last school board elections. The CBC disclosed little if any of its intentions and donated the most money of any group to the local school board campaigns, effectively stacking the Caddo Parish School Board (See the donation disclosures here). That stacked board included Kacee Kirschvink, Denee Locke and Susannah Poljak among others.

The same group of people who paid the most money to stack the school board now also pass out awards, under a seemingly unattached non-profit in the Alliance, to give the false appearance that things are improving under the direction of the CBC PAC’s new school board stand-ins. The Times, knowing full well these connections of all of these entities and their financial influencers, neglected to disclose this and passed the “news” off as a legitimate award.

Since we are marketing supposed successes in the face of actual facts, The Times, the CBC and the Alliance for Education might next spend five minutes to apply to become ordained ministers online HERE and next declare that God himself has chosen Caddo Schools to receive the “Earthly Embodiment of School Excellence” award. That would make an excellent headline in order to help people feel better about taxing ourselves to death while we fail the largest portion of our population’s children.

Our school district is OURS. Taxpayers fund it, and we deserve better than to have to uncover marketing gimmicks by the very people we pay in order to decipher just how things are going.

A Personal Message … Our Culture of Corruption