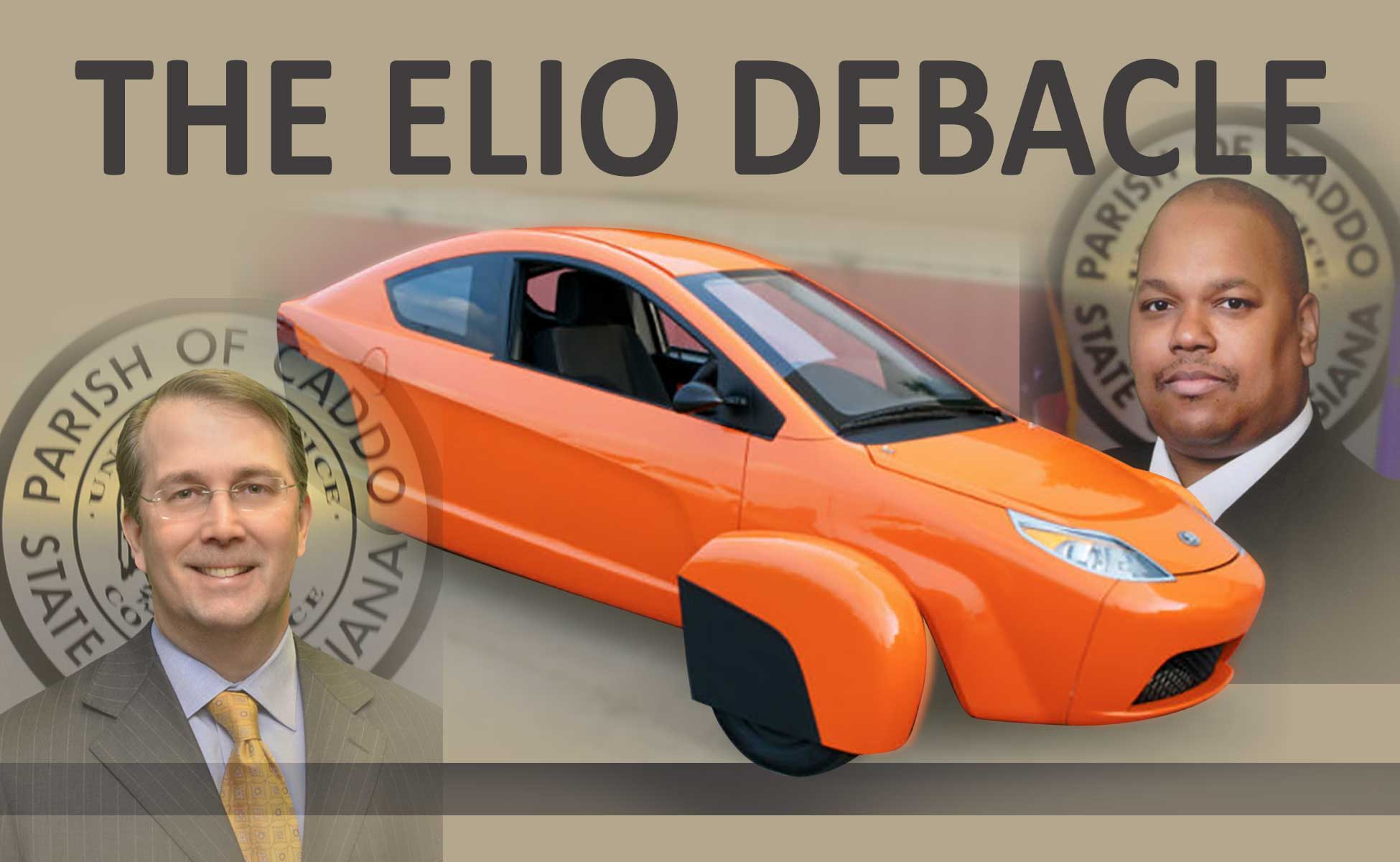 On its website, the Caddo Parish Commission declares its commitment to governmental “transparency.” By clicking on that very word, one reads:

The Commission, as a body, is now putting on a show of such proof by its part of what seems to be Elio Motors’ final chapter.

Elio’s promise to build three-wheeled cars in our once-General Motors plant is breaking under a debt load of almost $400,000,000.

In 2013, also with near-zero transparency, the Commission put 7,500,000 taxpayer dollars in the deal, and now finds itself digging in the bottom of that hole, hiding as much of the dirt as it can.

Detailing this deliberate and bold attempt at a cover-up – of what we cannot know – are emails, staff memos and other Commission documents I obtained through a Louisiana Public Records Law request.

In a series of private, one-on-one meetings earlier this month, the top four Commission staffers and an eight-of-twelve majority of Commissioners knowingly snuffed-out transparency to privately learn from Paul Elio what all of us have an equal right to know.

None of those eight Commissioners have since publicly shared their Elio secrets, nor are they likely to this side of an investigation, if such results.

What they did, regardless, is carry out a glaring breach of Louisiana R.S. 42:12-28, our open meetings law.

In fact, deliberately ratcheting-up its attack on the law, the Commission agreed to Elio’s edict that he would not meet with anyone who did not sign a non-disclosure agreement, or “NDA.”

“As you are aware, Elio Motors is now a publically traded company. Elio Motors would like to come to Caddo Parish to update the Commissioners as to its current process. Most of the details Elio would like to discuss cannot be shared publicly per the SEC.”

In fact, the SEC – U. S. Securities and Exchange Commission – exists to achieve the opposite. Its website is packed with such proclamations as these …

“ … the SEC requires public companies to disclose meaningful financial and other information to the public … Only through the steady flow of timely, comprehensive and accurate information can people make sound investment decisions. … To meet the SEC’s requirements for disclosure, a company issuing securities or whose securities are publicly traded must make available all information, whether it is positive or negative, that might be relevant to an investor’s decision to buy, sell, or hold the security.”

Emails earlier this month – May 3rd and May 4th – between Elio and Ms. Frazier detail their cooperative work in perfecting the NDAs.

The agreements ended up as three, single-spaced pages of legalese protecting Elio. Between May 5th and 11th, he thus agreed with a combination of the top four Commission staffers and six Commissioners.

Two other Commissioners met privately with Elio, but did not sign NDAs.

A Frazier memo notes that Woody Wilson, Randy Lucky and Henry Bernstein were scheduled to meet with Elio on May 11th, either at 9:30 or 11:45 AM.

… Four Commissioners wanted nothing to do with any of this, signing nothing and skipping private audiences with Elio:

… Three Commissioners signed NDAs on May 5th, and met with Elio at an unknown date / time the previous week:

… Commissioner Doug Dominick, an attorney, did not sign an NDA, but his meeting with Elio was set for 9:30 AM on May 11th.

… Commissioner Jerald Bowman signed an NDA, but (apparently) did not meet with Elio.

… Commission President Steven Jackson seemingly tried to both dodge culpability and still get the Elio lowdown. In a May 9th interview, he told Victoria Shirley of KSLA-TV:

“I have not and will (not) sign a non-disclosure agreement (NDA) to meet with Mr. Elio … Agreeing to meet under non-disclosure in my humble opinion only exacerbates the public perception. I can’t speak for others, but I want no part of it.”

To the contrary, a Frazier memo shows Jackson meeting with Elio at 10:45 AM, May 11th. That is when Commissioners Cawthorne and Gage-Watts were also set to meet with him.