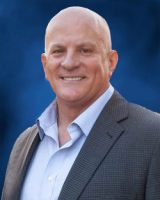 By casting a 6-6 tie vote on the matter within the past hour, the Caddo Parish Commission sent a very loud message to the Louisiana Senate:

“Please handle for us the matter set forth in House Bill 697 … we simply can no longer decide such an issue.”

For those who do not know, HB 697 would restore property rights to a significant number of Caddo Parish residents / taxpayers who own property and live within 5 miles of the Shreveport city limits.

No matter how long their original intentions were honored by Shreveport / Caddo Parish pols and unelected “leaders,” the rules were suddenly changed in 2017, when the Caddo Parish Commission and Metropolitan Planning Commission (MPC) and Shreveport City Council decided to upend everything and adopt a revamped “U.D.C.,” or Unified Development Code.

The net effect of that bunch of official actions was that those living in the 5-miles-from-Shreveport zone were suddenly targets for local government bureaucrats wanting to mosey out into their world and begin citing them – which is to say, writing them tickets – for violations of these new laws / regulations.

To feel their pain, imagine suddenly getting a ticket for practices which are, no matter whether anyone else understands or not, a specifically chosen way of life. Things like “farm animals,” and “vehicles parked in yards,” and “illegal fences,” and “bushes exceeding 3 feet,” and “unapproved tire storage,” and “illegal signs” … and such.

For we who take the time to listen, read and understand, these are Caddo Parish neighbors who felt all but assaulted by a bunch of ego-induced pols and their hirelings who suddenly had a chance to abuse people they never much cared for.

Lo and behold, by early this year, these folks offered up the Caddo Alliance for Freedom, an organization of the Caddo Parish people who were among those veritably mugged by this outrageous bureaucracy gone mad … ready to FIGHT!

To take point, these fighters picked elected State Representative Danny McCormick, himself a resident of Oil City, a village in far north Caddo Parish who knows a thing or a hundred about rural life compared to that of living in Shreveport … the “big city” some 18 or so miles to the south.

When Representative McCormick picked up the torch – full of the same convictions and vinegar as those in the Alliance – he quickly learned that this was a fight worth fighting … the kind of conviction he is certainly now known for.

‘Next thing you know, firebrand McCormick has House Bill 697 ready for state legislative action in the current session, a sort of legislative declaration of independence for the Caddo residents woefully offended by the powers that be in Shreveport … such as the Shreveport Chamber of Commerce, the Shreveport Committee of 100, and their Metropolitan Planning Commission.

Of course, the temerity of the Alliance in going to the state legislature over the Caddo Parish Commission was and is off the charts: NO ONE in Shreveport / Caddo Parish does such a thing! NO one! Ever! Never! That just is NOT the way things are done in Shreveport!!

(Perhaps because of all of that, Shreveport is losing population faster than demographers can keep up with these days, and has a public corruption problem only Chicago might appreciate.)

Tonight, however, the Caddo Parish Commission, by and through its Resolution 32, intended to stop this assault on (rotten) politics as is. That group, tied to ex-Shreveport Mayor Cedric Glover, now and again a state representative, meant to put the Alliance and Rep. McCormick in their place.

Passage of Resolution 32 would have warned off the Louisiana Senate, effectively telling it to cease and desist … leave this issue alone … stop House Bill 697, regardless that it passed that legislative chamber on a 2:1 vote.

When the smoke cleared, and the votes were tallied, the Commission – notably led by its President Mario Chavez – split along racial lines … 6 votes “For” the Resolution and 6 votes “Against.”

… Caddo Parish (and Shreveport) need all the help you can offer.

In touch as I am with many Shreveport and Caddo Parish good folks, I extend my like, personal appeal to the Louisiana Legislature to support – please – House Bill 697 in this session.