BIOMED (BRF) Call for “Transparency” from State Is a Howler!

News broke last night that University Health Hospitals in Shreveport and Monroe – which are creations of the Biomedical Research Foundation, regardless of its new logo and name change earlier this week – will proceed in the hands of some operator other than BRF within 45 days.

This latest such tactic should not be taken at face value. The key letter from the Governor to Biomed late yesterday does not at all read like a contract “breach” letter, which would erase all doubts.

In other words, negotiations are continuing, as they have been for weeks.

Most notably, in responding to the Governor, a media-reported response from BRF #2 Steve Skrivanos included a line which I re-read at least three times, and still could not believe:

“The citizens of North Louisiana should demand transparency from the state and LSU about what is really going on here.”

In short, “anti-transparency” has been at the heart of everything BRF has done … from the jump … and always.

Whatever else happens, for BRF to complain about non-transparency from and by anyone, about anything, only highlights the very attitude and conduct by which it made itself an avowed enemy of LSU, the LSU Medical School, and the Edwards administration. 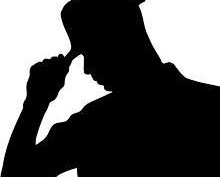