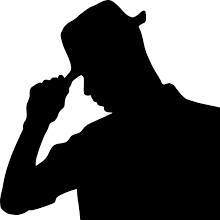 Anonymous whistleblower, Bill Unsharpened, has leveled new accusations that a Caddo Parish School Board employee is improperly using a credit card for personal use.

According to Unsharpened, Pittre Walker is the Coordinator of Homeless for Caddo Parish Schools. He claims that in her department, there is a credit card that is issued to be utilized for providing certain immediate needs for homeless children in the school district. He alleges that this card, and the funds that go with it, have been improperly used for personal desires. According to Unsharpened, in 2012 and 2013, the credit card was used for lunches for staff members, as well as a Christmas party. Further, in 2014, he alleges that Walker used the card for a baby shower for an employee by the last name, Smith-Johnson. In another 2014 incident, he alleges that Walker used the card for a retirement party for an outgoing secretary by the last name of Robbins.

According to school board documents, the Title 1 employee by the same name, Pittre Walker, has a total compensation package from the CPSB of $116,425.56 for 2015. Pittre Walker has an apparent connection to a local non-profit named Youth Outreach Services and Jewell House. We cannot confirm what the CPSB policy is about credit card use for things of this nature.  CPSB official record keeper, Superintendent Lamar Goree is still avoiding other public records requests we have submitted. For the record, it may be within the CPSB policy to use a credit card in the way Unsharpened has claimed, but he is adamant that it is improper and that he has direct knowledge of the events he described.

SEE THE VIDEO OF BILL UNSHARPENED CLAIMING CREDIT CARD ABUSE IS HAPPENING WITHIN THE TITLE 1 HOMELESS SERVICES DEPARTMENT IN CPSB.