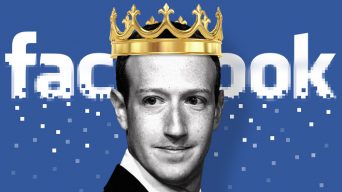 As Promised, the Back Story on My Facebook Exit

A few days ago, I wrote and posted my final article on Facebook.  Here it is for those who may have missed it:

​Many of you contacted me after that article, and your very kind words mean more to me than you likely imagine.

​I did not explain in that article the details of my exit from the Facebook platform, and neither will I belabor those points here.  I will, however, share this:  it is clear to me that Facebook has been far, far more offensive in lying to its users than other Big Tech lawbreakers.  To me, Facebook is little more than an international, anti-American curse.

​America’s current path, supercharged by January’s widespread election fraud on and by the political hard-Left, is unimaginable to me.  Literally, I have yet to get my head around our nation’s takeover led by Big Tech / Big Media actors.

​‘Problem is, (far) too many folks on our Center / Right side of the street made it all possible … by refusing to vote.  In my Shreveport hometown, this not-voting-itis has contributed mightily to the city’s collapse.  For those who care to see how the Georgia 2021 mutation of this disease looks, here is an article of note:​

Returning to the Shreveport stage, the city faces another mayoral election sooner than most of us care to remember.  Qualifying will be not this summer but next, with incumbent Adrian Perkins telling KTBS-TV, on the record, that he will run again.

“Running” is a far cry from being elected, especially for such a disaster-waiting-to-happen (again), but I don’t rule it out because local “leaders” who scared-up a few hundred thousand to get our mayor elected the first time have not said one public word which disavows him.

We must always remember:  politics is THE feeding trough of American corruption.  A LOT of supposedly respectable people get rich over and over and over again chowing-down that way.  That process now requires huge chunks of both news media and social media to keep the honest among us beaten down and back.

Some of us try our very, very best to get this word out and these lessons learned, but corruption simply owns too much of the subject machinery.

For yours truly, Perkins is a case in point.  He had disaster written all over him, so I wrote, too … over and over and over.

Between Perkins’ announcement to run in February 2018 and two months ago, I have written (and posted here and on Facebook) 144 articles somehow involving him.

Yes, I know very well that the ineffectiveness is often charged on the selective readerships of Facebook and this platform, but no one who knows the facts believes that.  ‘Fact is, far, far, far too many people here supported Perkins in hopes of scoring taxpayer money.

That sickness spreads like a disease … which public corruption is.  In fact, there is no downside risk for the subject lawbreaking. Sooner or later most honest people throw in the towel.

THAT is The Shreveport Story.

I hope all who have not seen it will take a couple of minutes to watch this stunningly sweet video.  My thanks to the Illinois State Police and The Epoch Times for getting it to us: 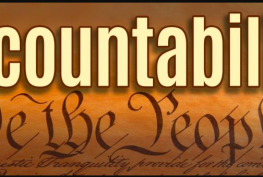